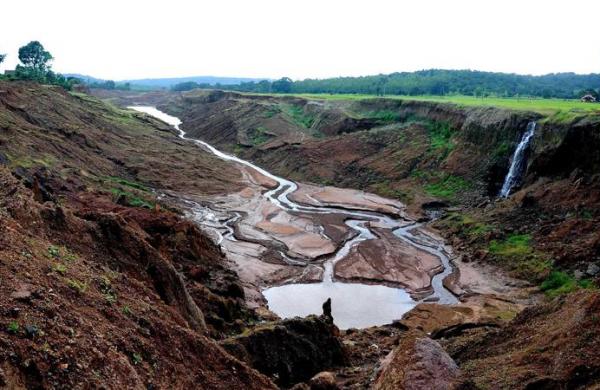 By PTI
PANAJI: The Goa Forward Party (GFP) on Saturday sought the Supreme Court’s intervention alleging that officials from Karnataka had reportedly stopped their Goa counterparts from conducting an inspection at the proposed dam site on Mahadayi river.

Goa and Karnataka are in a dispute over sharing water from Mahadayi river, and the states have filed special leave petitions before the Supreme Court in the matter.

In a letter to the Chief Justice of India, GFP president Vijai Sardesai raised the issue of the alleged gross violation and misbehaviour by the Karnataka police against members of the Goan delegation in a joint inspection committee for the Kalasa dam project in Karnataka.

Highlighting the media reports, Sardesai said some personnel from the Karnataka police had restricted the entry of Goan officers, the technical staff of the department of water resources, from inspecting the site as ordered by the Supreme Court.

The Goa government had filed a contempt petition against the Karnataka government on the issue of diversion of water from Mahadayi river and breach of orders of the Mahadayi Tribunal.

Following this, the apex court on February 22 directed that a joint inspection committee, comprising officers from Goa, Maharashtra and Karnataka, be formed to inspect the Kalasa project and submit a report within four weeks.

The GFP president said the Goan delegation was exercising its responsibilities as prescribed by the apex court, and the behaviour and disrespect they were shown was highly unacceptable.

“By obstructing the Goan delegation from performing and inspecting their due diligence at the Kalasa project, the Karnataka government and the Karnataka police force have violated the Supreme Court’s order and we urge that the apex court look into this matter,” the letter reads.