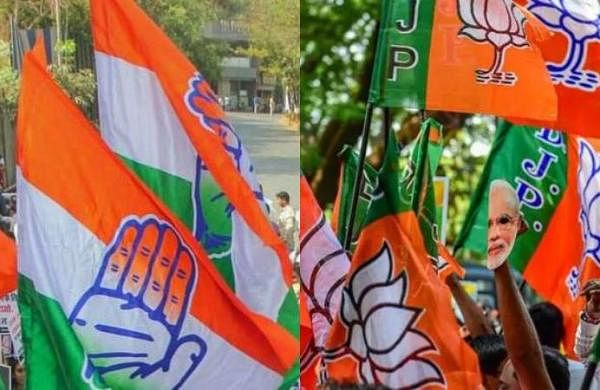 BHOPAL: The ruling BJP and the Congress indulged in a war of words on Tuesday in Madhya Pradesh after a leader from the opposition party berated Governor Mangubhai Patel for not meeting a girl who had undertaken a 200-kilometre, 11-day foot march demanding justice for the killings of five of her kin.

Mamata Balai (45), her daughters Rupali (21) and Divya (14) as well as relatives Puja (15) and Pawan (14) from Nemawar in Dewas district had gone missing on May 13 last year and were found murdered and buried in a field on June 29, leading to the arrest of six persons later.

The Madhya Pradesh government had recently recommended handing over the probe to the CBI.

A survivor from the family had undertaken a ‘nyay yatra’ from Nemawar to Bhopal demanding justice and had reached Raj Bhawan on Tuesday along with senior Congress leaders Digvijaya Singh and Sajjan Singh Verma as well as party workers.

Angry that the girl could not meet Patel, Congress leader Verma said, “We were proud that a tribal man was appointed the governor of Madhya Pradesh. What did we know that the governor is afraid of coronavirus, and cannot give justice to his own community? Death is better than such a life.”

“Congress leaders are not only losing patience but also their conscience. Such petty remarks against a person holding a constitutional post is not only a violation of political decorum, but also an insult to the Indian tradition of wishing the welfare of all. Your remarks are a blow to the heart of the state,” Chouhan said in a tweet.

“The indecent and senseless remarks made by Congress leaders Digvijay Singh and Sajjan Singh Verma against Mangubhai Patel ji, holding the highest constitutional post of Madhya Pradesh, is condemnable. The Congress’s hatred towards the tribal class is at its peak that they are wishing death for a representative of that community,” Sharma said.