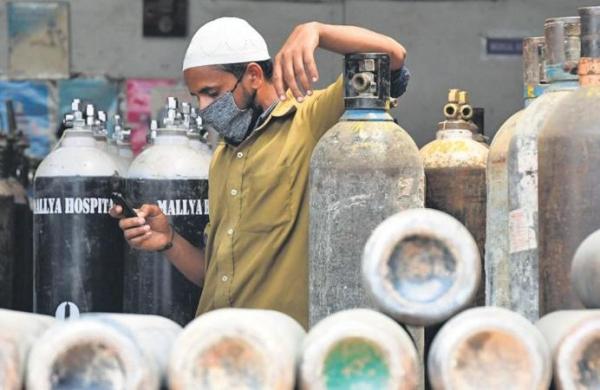 By PTI
BHOPAL: The Madhya Pradesh government is planning to offer a special package to industrial units to increase the production of oxygen and set up new plants of the life-saving gas in the wake of a spike in COVID-19 cases, a senior official said on Tuesday.

The package will also be offered to pre-existing and operational medical colleges, hospitals and nursing homes provided they set up units for the production of oxygen or its storage cylinders, MP industries department’s principal secretary Sanjay Shukla said.

“We have prepared a draft policy for offering a special package to improve the oxygen production capacity in Madhya Pradesh, and micro, small, medium and large greenfield industrial units, existing oxygen producing units interested in capacity expansion are eligible to avail it,” he said.

The package will be offered to those interested in the production of oxygen, its cylinders, oxygen concentrators, cryogenic containers and vessels, and related equipment, he said.

“The units with a minimum oxygen production capacity of 10 cubic metre per hour would be eligible to avail the incentives under the special package,” Shukla said.

Under the package, a basic assistance will be given at a flat rate of 50 per cent of the investment made in a plant, machinery and building (excluding land and residential facilities) with a cap of Rs 75 crore, he said.

The eligible units will also be offered 50 per cent of the expenditure incurred on maintaining safety standards, like firefighting equipment, the official said.

Besides, it will also offer a rebate of Re 1 per unit on the prevailing power tariff, which will be in addition to any other rebate already offered by the MP Electricity Regulatory Commission (MPERC).

The rebate can be availed for three years from the commercial date of production, he added. On Monday, Madhya Pradesh reported 12,686 COVID-19 cases, taking the tally above the five lakh-mark.