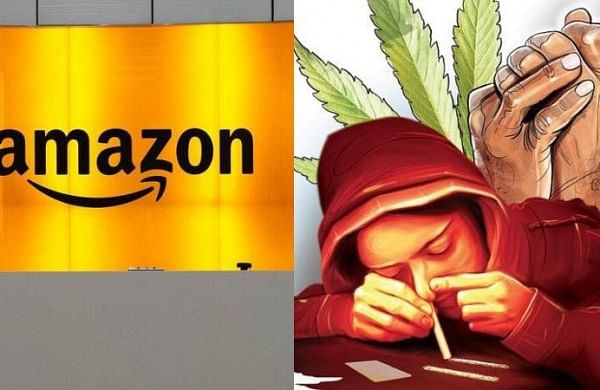 BHOPAL: Police in Madhya Pradesh’s Bhind district on Saturday registered a case against executive directors of Amazon India after busting a racket which allegedly sold ganja (cannabis) under the guise of selling a sweetener through the e-commerce platform.

Amazon had said in a statement earlier that it does not allow sale of illegal products through its platform, and it was cooperating with the probe in the matter.

A case under section 38 of the Narcotic Drugs and Psychotropic Substances (NDPS) Act was registered against executive directors of Amazon India which operates as ASSL in the country, Bhind Superintendent of Police Manoj Kumar Singh said.

The FIR did not mention any individual official by name, he said.

Section 38 deals with the role of companies and their managements in an offence related to narcotic substances.

A case was registered under the NDPS Act at Gohad police station in the district on November 13 after 21.7 kilograms of ganja was seized from Gwalior residents Bijendra Tomar and Suraj alias Kallu Pawaiya, the SP said.

Their questioning led to the arrest of Mukul Jaiswal, another Gwalior resident, and purchaser Chitra Balmiki, a resident of Mehgaon in Bhind, he said.

The investigation revealed that Pawaiya and Jaiswal had formed a company named ‘Babu Tex’ and got it registered on Amazon as a seller, Singh said.

They supplied ganja from Visakhapatnam in Andhra Pradesh through the company under the guise of selling stevia, a plant-based sweetener, he said.

Earlier this week, an Amazon spokesperson had said the company’s platform enables third-party sellers to display, list and offer for sale products to customers directly.

The company does not allow the listing and sale of products that are prohibited under law in India, he had said.

“The issue was notified to us and we are currently investigating whether there is any non-compliance on part of the seller. We assure full cooperation and support required to investigating authorities, the spokesperson had added.