Madhya Pradesh govt to register details of girls, boys going out for work in effort to prevent trafficking 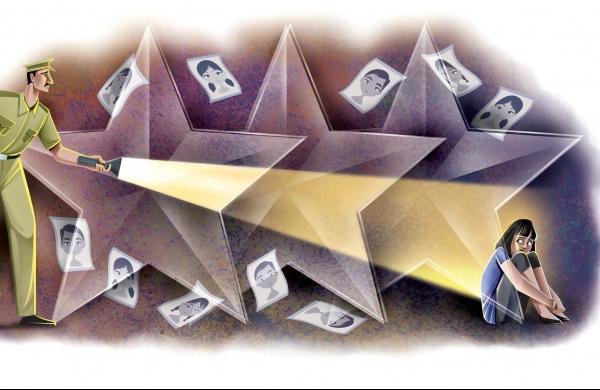 BHOPAL: Concerned about around 3000 girls missing from the state, Madhya Pradesh chief minister Shivraj Singh Chouhan has said that a system will soon be put in place under which all boys and girls going out for work will have to first compulsorily register themselves with government bodies to ensure that they can be tracked easily in case they go missing.

Addressing the state police establishment at Bhopal’s Minto Hall during the launch of Samman, a fortnight long awareness drive to create public awareness about crime against women, the CM said on Monday, “Entire rank and file of the state police establishment in all districts have to work to first ensure that none of our boys and girls go missing and if at all they are missing, they are tracked and brought back promptly.”

“We are giving final shape to a new system under which if any boy or girl goes out for work (particularly as labourers) out of their home district or state, they’ll first have to compulsorily register themselves with authorities. If the boy or girl is going for work out the district, then the details will be registered with the concerned gram panchayat. If the boy or girl is going for work outside the state, then we’re creating system in each district where his or her details will be registered to ensure that if the particular boy or girl goes missing, the police can track them,” Chouhan said.

“We won’t allow our boys and girls, particularly girls being trafficked in the name of rendering work anymore. The home department will take a lead in setting up such system in coordination with all other departments. The registration will have all possible details about the boy or girl, including their contact number, their address and parents’ details as well as those who are hiring them for work, which will help us put a check on cases of missing children, particularly girls,” Chouhan said.The opposition Congress, however, made light of the CM’s announcements. “Instead of putting in place a safe environment for girls to move out of homes for work, our CM is asking them to get registered with authorities before venturing out. This shows the helplessness and failure on part of the BJP government to put in place a safe environment for girls,” state Congress spokesperson Narendra Saluja said.

Some women activists, including Bhopal-based NGO Muskan’s board member Shivani Taneja and another woman activist Prarthana Mishra suggested that instead of just asking girls and boys going out for work to register themselves with authorities, the CM should focus on building a database of such elements who are indulgent in child and girl trafficking or stalking or troubling girls while on work.

Importantly, the incidents of teenage boys and girls being trafficked in the name of job particularly to southern states is most prevalent in remote tribal districts, including Mandla, Balaghat and Dindori.