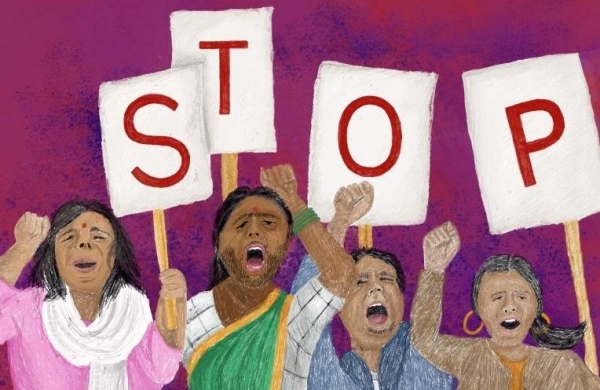 By PTI
INDORE: Police here have registered a case of rape against the son of a Congress MLA in Madhya Pradesh after a woman Youth Congress leader accused him of sexually assaulting her on the pretext of marriage, an official said on Saturday.

While the legislator termed the complaint against his son as false, the state unit of the Youth Congress has formed a committee to probe the woman’s allegations.

“The FIR against the Congress MLA’s son was registered on Friday evening after a 28-year-old woman lodged a complaint against him,” an official of Women’s Police Station in Indore said.

“The complainant, who is associated with the Youth Congress, alleged that the accused raped her in February this year on the pretext of marrying her,” the official said.

The woman leader’s allegations against the MLA’s son are being investigated and a search for the accused is underway, the official added.

When contacted, the MLA said, “The woman leader has filed a false case of rape against my son. She has been trying to extort money from him since long.”

“My son was already apprehensive that the woman leader might file a false case of rape against him. Therefore, he had written to the office of Indore Deputy Inspector General (DIG) of Police on April 1 (Thursday), expressing apprehensions about it,” he said.

When asked about it, DIG Manish Kapoor said, “Police are also looking into the apprehensions expressed by the MLA’s son against the woman leader. Appropriate legal action will be taken on the basis of facts during the course of probe.”

Meanwhile, state Youth Congress president Vikrant Bhuria said that he has formed a three-member committee to conduct an internal investigation at the organisation level in this alleged rape case and sought a report within a week.

“Two women leaders and one male leader are part of this committee, which will investigate all the aspects sensitively,” he said.