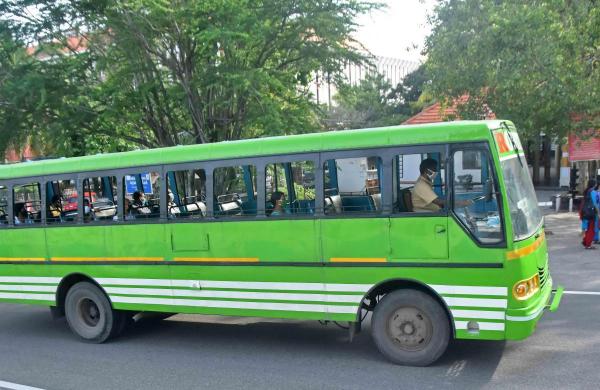 By Express News Service
BHOPAL: In the wake of the explosive Covid-19 situation in Maharashtra, casting its shadow in adjoining Madhya Pradesh, the MP Chief Minister Shivraj Singh Chouhan ordered to stop movement of passengers buses to and from Maharashtra from March 20.

At the meeting it was decided that the Crisis Management Group should take a decision regarding the duration of the ongoing Gwalior fair in the wake of rising cases in Gwalior.

The CM also said that the support of public representatives, social workers, religious leaders should be sought in the campaign for the necessary precautions to prevent Corona and motivate people to use masks, observe social distancing and get vaccinated.

While maintaining that a large number of labourers will return to their ancestral villages and towns in Madhya Pradesh due to Holi, the CM instructed to arrange adequate employment under MNREGA and other schemes for them. He added that adequate employment opportunities should be created in the villages so that the labourers are not forced to go to the infected cities.

Meanwhile, the state reported 917 cases, 85 more than the previous day, and one death during the last 24 hours. Indore continued to be the state’s prime COVID-19 hotspot with 294 cases, followed by Bhopal with 184 cases, Jabalpur with 65 cases and Ujjain with 35 cases. The daily positivity rate also rose to 5 per cent from 4.8 per cent.