Made You Look: A True Story About Fake Art is about the largest art fraud in US history

Made you look, Netflix art show 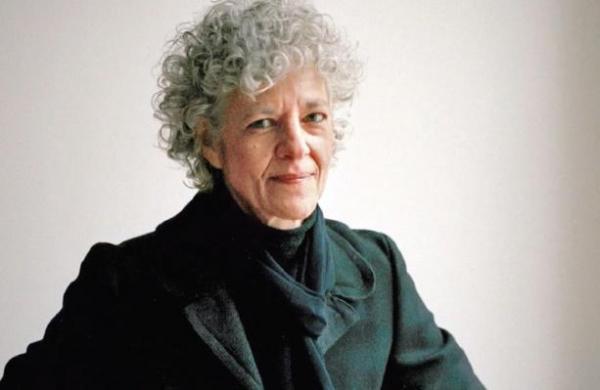 Express News Service
It is fairly common for true stories to start with a note that names have been changed. So when a documentary begins by saying it is a true story and that the names “have not been changed to protect the innocent,” it’s immediately intriguing. The effect is only heightened by the qualifier, which goes on to say, “as some are not that innocent.” Barry Avrich’s Made You Look: A True Story About Fake Art (streaming on Netflix) is about the largest art fraud in American history.

More than 60 forged paintings attributed to the most celebrated American artists were sold for $80 million over the course of some 15 years. And nearly all of it through one gallery — Knoedler — which happened to be one of the oldest, best-known, and most-trusted art galleries in New York. A gallery that catered to the most elite collectors and even museums like the Met and Louvre.

At the centre of the story is Ann Freedman, who was running Knoedler gallery at the time. Avrich puts Freedman front and centre (hers is the first voice we hear in the documentary) and lets her tell her story in her own words. Interestingly, she comes out none the more innocent for all that. The others we hear from through the course of the film are divided on the level of her involvement and there’s no clear answer to the question of her guilt. One person says, “Either she was complicit in it, or she was one of the stupidest people to have ever worked at an art gallery.” But others are more charitable, looking at her as the victim of an elaborate con who just dug herself in deeper and couldn’t stop believing until there was absolutely no choice but to face facts.

To the lay viewer, without much knowledge of the art world, it’s this con aspect that is very interesting to consider. One of the interviewees is Maria Konnikova, the author of a book titled The Confidence Game. Konnikova talks about the psychology behind confidence tricksters — it’s amusing to consider that they are called con ‘artists’ given the context — and how they prey on vulnerable victims. She also explains why someone would double down on the story they were sold by a con artist when faced with evidence that it may be untrue.

This is what appears to have happened with Ann Freedman. But what’s fascinating is how even now after it has been conclusively proved that the paintings she sold were fakes, she sometimes slips and talks about them as if they were genuine. In one instance, when talking about an expert who gave his opinion on a painting thought to be a Rothko, she says, “He had an immediate opinion, which I knew he would have, which is, ‘It’s beautiful. It’s a Rothko.’”

How good these forged paintings looked is often remarked upon in the film. They were good enough to fool several experts. Those who bought them thought them beautiful. And yet, just the fact that they were not by who they claimed to be by, makes them basically worthless. That brings up an interesting question: what exactly gives art its value? One of the interviewees makes no bones about the fact that it’s the exclusivity of the works of masters that largely makes them so valuable.

He says straight out that people with a lot of money want to buy rare things for bragging rights. Paintings by famous artists are limited in quantity, which makes owning one a matter of pride. Freedman’s lawyer, who now has some of the fake paintings hanging in his office, talks about how these were sold for millions but now have no value. Yet, the paintings themselves haven’t changed or degraded in any way. It’s a question worth pondering.

Although the documentary is about a very serious crime and has room for all these serious discussions on the value of art and the art of the con, it’s also surprisingly entertaining and even downright funny in several places. Sometimes the situations themselves are amusing — at the trial, there were apparently debates on the right way to display one of the fake paintings — but credit for the humour also goes to the way the film is edited. Many a guffaw is elicited by the clever splicing of different talking heads. At one point, when people are commenting on what a genius the forger was and how good his work was, there’s a shot of one person saying his fake Rothko wasn’t very good. It’s terribly droll. The story itself is fascinating and quite engagingly told.

And, I guess, the fact that this is not something that could affect the vast majority of people (how many of us go around buying Rothkos and Pollocks?) makes this one true-crime documentary that’s actually enjoyable to watch. Made You Look is a welcome change from all the grim entries in the genre that are currently flooding OTT platforms.

Film: Made You LookStreaming on: Netflix