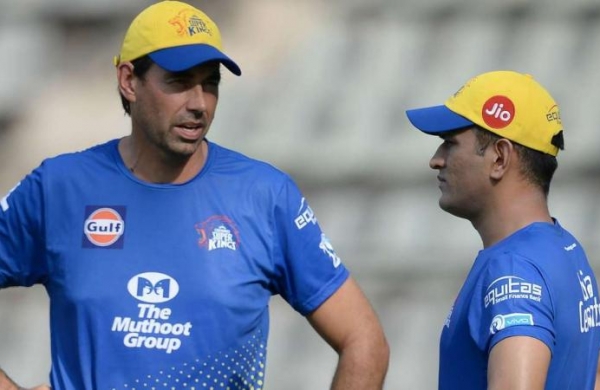 By ANI
MUMBAI: Chennai Super Kings (CSK) head coach Stephen Fleming confirmed that pacer Lungi Ngidi and Jason Behrendorff will not be available for the side in the next game against Punjab Kings.

“Ngidi won’t be available. He won’t be arriving for the next game. So losing Josh Hazlewood, which was the plan to have him available for these games is a blow simply as an option up front. Ngidi will be arriving soon. Behrendorff would be following that. [Bowling] it’s an area that we are probably short on. But we still look at the Indian bowlers and we have international bowler Sam Curran,” Fleming said in a post-match press conference.

CSK suffered a seven-wicket loss against Delhi Capitals in their first match of the campaign on Saturday. Fleming backed the batters for guiding to a total of 188 despite losing the openers early in the game.

Suresh Raina (54) smashed a sensational fifty in his comeback game before Sam Curran’s (34) masterclass in the death overs powered CSK to 188/7 in their 20 overs.

“It wasn’t bad when you lose wickets a little bit early and still manages to get to 188, that’s pretty good going. So, the intent with the bat was pretty good. The conditions changed, dew and a little bit of rain made things difficult in the second innings. They played really well but 190 on this ground is still reasonably competitive we just needed to bowl better,” he said.

CSK coach heaped praises on Raina and said his form is a positive side for the side.

“It’s really good, considering the cricket and where he has come from. It was an outstanding innings. We put Moeen Ali up as an aggressor and also used Suresh’s aggressive role to get to play some cricket and find some form. But after playing 2-3 shots, he really got going. It’s a really positive sign for us. I liked the way we turned it on after losing wickets when the wicket was tacky. We just weren’t able to create chances with the ball, which is really disappointing,” Fleming said.

On playing the first five matches at the same venue due to the Covid-19, Fleming feels that it is going to give a better understanding of the conditions to the side.

“We will learn a lot from being here for another 4 games. But don’t underestimate how much it takes to change the philosophy of the team. We are very much a Chennai-based side,” Fleming said.

“We saw Mumbai struggle to a degree in Chennai the other night. They have got a challenge on how to change their tactics in Chennai and our tactics have to be a little bit better with the ball in Mumbai. So, it’s one of the quirks of this competition in this Covid-19 age and we just have to find a way. It’s going to be high-scoring games in Mumbai and toss might play a big part,” he added.

CSK will next take on Punjab Kings at Wankhede Stadium on April 16.