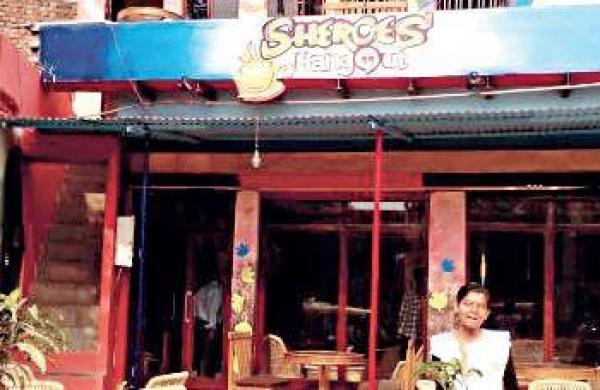 Express News Service
Cafe run by acid attack survivors shuts shopCovid-19 had claimed another victim. The Sheroes Hangout cafe in Agra announced a sudden shutdown last Sunday. Run entirely by acid attack survivors, the cafe was facing heavy losses due to the ongoing pandemic and getting almost negligible footfall of foreign tourists. It had attracted global attention since its start in December, 2014. For the 15-odd attack survivors, whose stories made it to the big screen in the Deepika Padukone starrer Chappak, life came to an abrupt halt. To keep operations running, they tried online delivery, but orders were very few. Its Lucknow branch is still functioning.

Licensed arms in custody before panchayat pollsThe police force of Uttar Pradesh has taken as many as 5,61,623 licensed firearms in its custody, which is over 50 per cent of the 9,43,229 licensed weapons in the state, ahead of the upcoming panchayat elections. The Lucknow Police Zone is on top of this list, with 88,441 licensed weapons out of 1,40,307 registered arms being taken into safe custody. In contrast, the Agra Zone, which has the highest number of licensed weapons 1,68,194 has taken 72,204 arms in custody. Panchayat elections this year is scheduled to be held in four phases. The first one is on April 15, followed by three more on April 19, 26 and 29. Results are scheduled to be announced on May 2. The police has taken weapons in its custody to keep a check on incidents of violence and maintain law and order.

ELMCH launches app for Covid-19 patientsGiven the exponential rise in Covid-19 cases and the dearth of hospital beds, Lucknow’s Era Medical College and Hospital (ELMCH) has launched a mobile application, Digi-Doctor, to assist patients at home. The doctor consultation app, which is free, requires a sign-up or sign-in, followed by a checklist of symptoms and appointment booking with medical help. The app will help patients avoid hospital visits unless there is an emergency. Patients can also post their symptoms on the app, search for recommended medical speciality for their condition and take appointment for telephonic consultation.

Statue of Nishadraj at PrayagrajAfter Lord Ram, it is his friend Nishadraj, who is set to have a statue. According to plans, it will come up in the Sangam city of Praygraj soon. While Lord Ram’s statue is the priority of the ruling BJP government, Nishadraj’s statue would be a show of strength by the Nishad Party, a ‘caste-based’ political outfit of eastern Uttar Pradesh. Nishad Party workers would reach Nishadraj’s fort in Shringverpur, Prayagraj, in a ‘Bullet yatra’ (motorcycle rally) on April 17 to lay the foundation of the statue which is expected to be a mighty 180 feet in height.