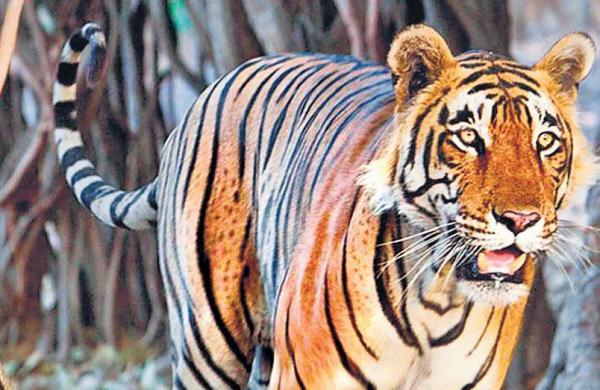 Express News Service
Tiger reserve’s long-term plan gets nodThe National Tiger Conservation Authority (NTCA) has cleared Pilibhit Tiger Reserve’s (PTR) conservation plan which is a 10-year-long dedicated project for conservation of the national animal. Since its inception in 2013, this is the first time that the plan prepared by the PTR has been cleared by the NTCA. After the clearance by the NTCA, the management of PTR will now be able to make long-term plans for conservation and rejuvenation of tiger populations in the reserve. The move will also help PTR to get funds for its projects which can be used to mitigate its most pressing issues like man-animal conflicts.

Unique union to break caste barriersThere was no ceremonial fire, neither were Vedic mantras chanted nor were the rituals followed when two couples — Awinash and Anjali, Amit and Shiva — got married by taking the pledge of love, faith, equality and mutual respect in the presence of their parents and family members besides several social workers and eminent persons in the Sangam city of Prayagraj recently. Members of the Students’ and Social Organisation, the youth chose their life partners by breaking caste barriers and refusing to be bounded by rituals. Another interesting fact of the marriage was that even after the ceremony the brides would not sport vermilion or wear a mangalsutra. After taking a joint pledge, the couples signed a document of pledge and the same was countersigned by witnesses.

Railway plans joyride through national parkThe North-Eastern Railway is set to introduce Uttar Pradesh’s first joyride train on 170-km-long rail route from Mailani to Nanpara that passes through the Dudhwa National Park. The train packed with ultra-luxurious, see-through vistadome coaches would not only add to the comfort of passengers but will also give a major boost to the state’s eco- tourism sector. The train is expected to hit the tracks by April as two plush vistadome coaches with seating capacity of 40, wide glass windows and see-through roof, are expected to reach Mailani from Parel Railway Workshop in March.

Differently abled student’s app to help farmersDifferently abled Anant Vaishya, who operates touch screen cell phone with his nose and uses one finger to operate laptop, has neutralised all obstacles and come out with an application ‘Gud Ka Saathi’ for farmers to make the trade of jaggery easier for them. Anant’s app figured among top six apps acknowledged by the Abdul Kalam Technical University (AKTU), which got 157 entries under its ‘one district one product’ project. Anant is a second year engineering student at the BR Ambedkar University, Kanpur.