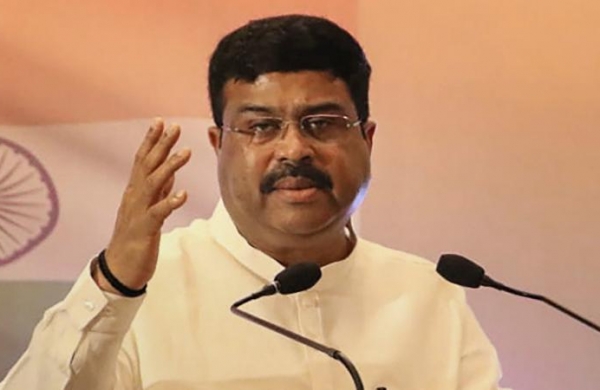 By ANI
NEW DELHI: Hitting out at West Bengal Chief Minister Mamata Banerjee for her “UP and Bihar goons” remark, Union Minister Dharmendra Pradhan on Tuesday said she has lost her mental balance.

“Mamata Ji has lost her mental balance. She is highly disappointed by the negative response in Nandigram. Speaking about Uttar Pradesh instead of condoling her (elderly mother of a BJP worker) death is like running away from responsibilities. She is scared of defeat,” Pradhan said.

On Monday, speaking about the incident in which she suffered injuries and fractured her leg in Nandigram on March 10, she had said: “They attacked me. No one from Nandigram attacked me but you (BJP) brought goons from Uttar Pradesh and Bihar. We want a free and fair election. If they come, women should beat them up with utensils.”

“Those who cannot love culture, cannot do politics here. Nandigram witnessing hooliganism. We did a meeting in Birulia. The TMC office was destroyed. He (Suvendu Adhikari) is doing whatever he wants. I can play games too. I too will respond like a lion. I am a Royal Bengal tiger,” she had added.

The remaining seven phases for the 294-member West Bengal Assembly will be held on different dates with the final round of voting scheduled on April 29. Counting of votes will take place on May 2.