Lord Krishna must be cursing: Yogi Adityanath takes swipe at Akhilesh Yadav for his claim 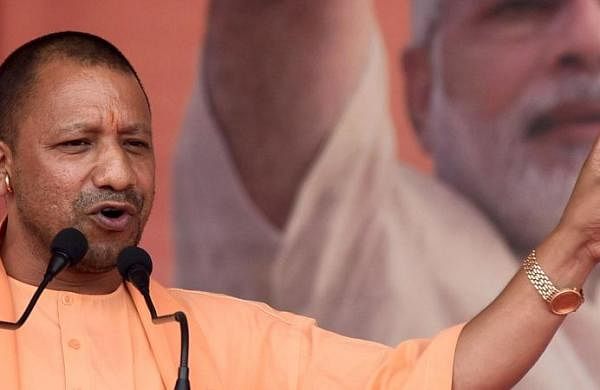 LUCKNOW:  Taking a jibe at the purported letter written by BJP MP Harnath Singh Yadav to BJP boss JP Nadda, Samajwadi Party chief  Akhilesh Yadav said that Lord Krishna “regularly appears in his dreams” to say that the SP would form the government in Uttar Pradesh.

CM Yogi Adityanath was quick to retort saying that those who claim that Lord Krishna came into their dream must remember that he must be cursing them for the first ever riot in Kosikalan of Mathura in 2016.

“These people are the worshippers of demon king ‘Kansa’ and not Lord Krishna. On getting power, they hardly did any development of Mathura, Vrindavan and Barsana instead produced Kansa and orchestrated the blood bath of Jawaharbagh in which 26 lives were lost,” said Yogi.

Harnath had written to Nadda urging him to field Yogi from Mathura. The CM, however, has maintained that he would contest from wherever the party would want him to. Reacting to the letter, Akhilesh said no one can save the CM now.”

Under attack from the saffron brigade, the SP chief is about to visit Ayodhya to undertake the Phase 11 of his ambitious ‘Samajwadi Vijay Rath Yatra’, on January 8, 9.