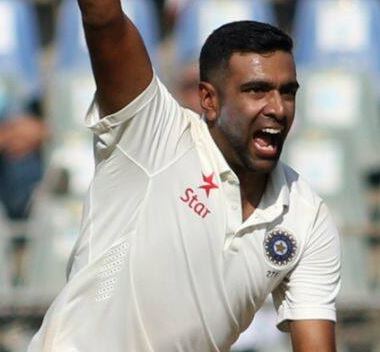 Indian team off-spinner Ravichandran Ashwin has said after the end of the second day of the Adelaide Test that after playing the Test match after so many months it felt like I am again projecting. In the first day-night Test match, the Indian team reduced the first innings to host Australia in Adelaide for only 191 runs.

Ashwin bowling lethally took four wickets for 55 runs in 18 overs. At the end of the second day’s play, Ashwin said to reporters that after 10 months, he felt like coming back to the ground again as if he has again made a debut.

He said, “I am very happy that the Indian team is playing Test cricket once again. Due to Corona virus infection, we did not expect that we would be able to return to the field soon. But after 10 months, it is good to return to Test cricket. After being away from the field for so long, now I feel like I have reappeared in Test cricket. “

Ashwin made Australia’s star batsman Steven Smith out for one run and made batsmen like Cameron Green and Travis Head his victim. He said, “Smith’s dismissal was a big wicket for me. In the way he bats, it was a very important wicket for the team, I worked hard on my game during lockdown. In such a situation, I loved bowling here. I am very happy to be a part of the pink-ball test match. At the end of the second day’s play, India have scored nine runs after losing one wicket and the team has got a lead of 62 runs.