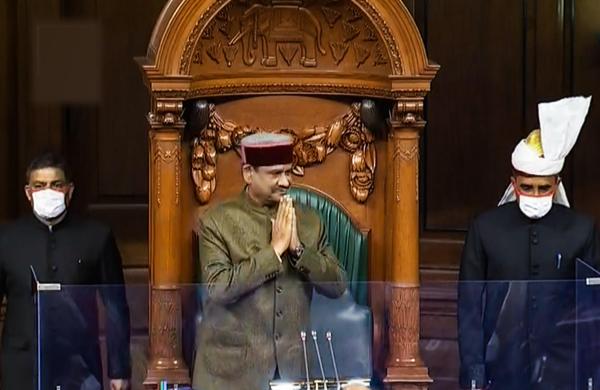 The House was first adjourned till 4.30 pm and then till 5 pm.

Soon after the House met for the day, opposition members were on their feet protesting against the three farm laws.

Speaker Om Birla asked them to take their seats and allow the question hour proceed. As the opposition members did not relent, he adjourned the House till 4.30 pm.

When the House resumed its proceedings, Congress leader Adhir Ranjan Chowdhury demanded that separate time allocation should be made for discussion on the farmers protest on new farm laws and on the motion of thanks to the President’s Address.

AAP member Bhagwant Mann was among opposition leaders who continued to protest. The Speaker asked him not the cause disruption and cautioned that he will be forced to take action against him.

Amid protests, the House was adjourned till 5 pm.