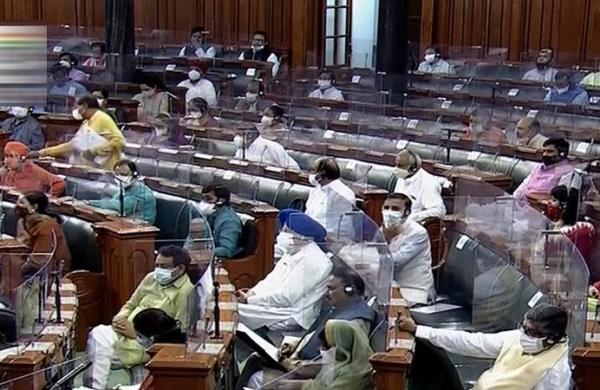 By PTI
NEW DELHI: Lok Sabha proceedings were adjourned for the day on Friday amid continued opposition protest over Pegasus and other issues.

When the House reassembled at noon, amid the din two bills — The Commission for Air Quality Management in National Capital Region and Adjoining Areas Bill, 2021 and the General Insurance Business (Nationalisation) Amendment Bill — was introduced.

Rajendra Agrawal, who was chairing the proceedings, then asked protesting members to go back to their respective seats as a discussion on COVID-19 situation is scheduled under Rule 193.

As sloganeering continued, Agrawal adjourned the House proceedings for the day.

The Lok Sabha will now meet on August 2 after the routine weekend break.

Earlier in the day the House was adjourned till noon after protests.

During the Question Hour, Opposition members raised slogans and displayed placards as they protested on Pegasus spyware controversy and other issues.

Some Opposition members were heard raising slogans like ‘we want justice’.

Lok Sabha and Rajya Sabha have been rocked by Opposition protests since the Monsoon session commenced on July 19.