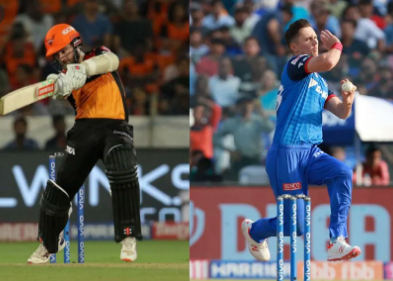 Dream11 IPL 2020 a fast and furious Lockie Ferguson produced one of the most incredible bowling performances of this IPL edition to lead Kolkata Knight Riders to a thrilling Super Over win over Sunrisers Hyderabad on Sunday.

Ferguson proved to be the “Knight in Shining Armour” with his storehouse of variation as he dismissed David Warner and Abdul Samad in the Super Over, leaving KKR with only a three run-target to chase.

magnificent during the regulation 20 overs also as his 3/15 in 4 overs had SRH in all sorts of trouble. He bowled a first spell in which he dismissed Kane Williamson with a short ball, got rid of Priyam Garg with a slower one and saw the back of Manish Pandey with a yorker.

His five wickets in the game got KKR the much-needed two points to take their tally to 10 while Sunrisers stay put on 6 points and are in serious danger of missing the playoffs.