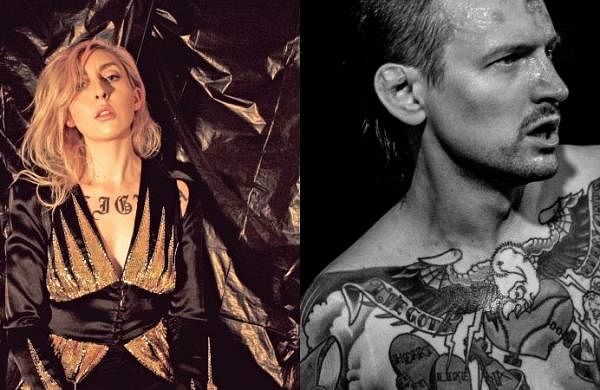 Kristin Hayter, an extreme-music artist who records as Lingua Ignota, has accused Alexis Marshall, the frontman of the noise-rock group Daughters, of rape, mental and sexual abuse.

In a statement tweeted by her, she wrote that she and Marshall were a couple from July 2019 until this past June. “I was subjected to multiple sexual assaults/rapes where I was fully penetrated while sleeping without my consent after I explicitly stated this was not OK with me,” she claimed. “Alexis obtained consent through deception, manipulation, and coercion.”

I’ve decided to release my full statement about my experience at this time. Hopefully this will answer any questions and clarify timelines. Heavy content warning. https://t.co/5Rz0xNe7v6
— LINGUA “UNHINGED KRAMPUS MOM” IGNOTA (@LINGUA_IGNOTA_) December 9, 2021
Both artists create transgressive, experimental music and have established cult followings and received critical acclaim for their music in recent years. Hayter has described her music as “survivor anthems” and depicts scenes of domestic abuse in her work.

Hayter’s statement claims she gave consent to Marshall in some instances because she was afraid he would cheat on her or “get upset” if she didn’t submit. She alleges that Marshall damaged her spine in one particularly violent sexual episode and that he did not stop when she asked him to. “I needed surgery to treat this injury, a massive lumbar disc herniation that created an emergency condition called Cauda Equina Syndrome, which threatened permanent loss of bladder and bowel function,” she wrote. “Alexis continued to require constant sexual attention even though I was severely injured.”

She also accused Marshall of manipulating her and gaslighting her, and she claimed that his behavior worsened after he entered a 12-step program. She felt so distraught, according to her statement, that she attempted suicide in December 2020. Marshall, she claimed, was not supportive of her afterward.

“After our breakup, I learned about Alexis’ long history of predatory and abusive/exploitative behavior toward women, for which he is well-known in certain areas, and which has been corroborated by multiple people including a long-term ex-partner,” she claimed in her statement. “These incidents range from sexual misconduct and sexual relationships with subordinates at work, sexual harassment, ultimatums, and sexual assault. Multiple peers and women performers have spoken to me about uncomfortable experiences with him. Alexis establishes trust with vulnerable women and then exploits them sexually. I learned that this behavior continued throughout our relationship and after he entered recovery.”

Marshall denies Hayter’s allegations in a statement to Rolling Stone. “I absolutely did not engage in any form of abusive behavior towards Kristin,” he says. “Kristin is a person that I loved and cared deeply for, however, our relationship was unhealthy for both of us. I can assure anyone reading this that I absolutely did not abuse her, mentally or physically. I am investigating legal options.”

Hayter ended her statement by saying she is seeking therapy to treat the aftereffects of the alleged abuse she suffered. “As a result of this relationship my quality of life decreased significantly,” she wrote. “I suffered enormous psychological and physical damage. I continue to do physical therapy to treat ongoing issues with my spine and am in intensive therapy.”