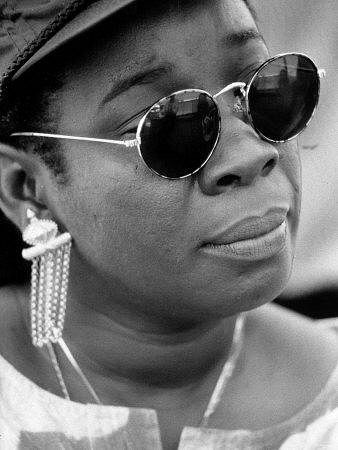 Weeks after Sharon Marley said that her mother Rita is her hero, Ziggy Marley has affirmed that “Bob wouldn’t be Bob without Rita.”

Sharon Marley’s version of her mother’s Just One More Morning, an homage, premiered on December 2021 on the occasion of 75th earthstrong year of Rita Marley on July 2021.

In a conversation with The Gleaner early this month, Sharon  Marley, now a grandmother of four, declared: “I am not trying to cause a dilemma about who is a national hero. The question was asked [in an interview] and I answered. No disrespect to any order. Mommy’s contribution is not only in Jamaica, it is the entire world. She is Queen Mother of a village in Africa; she established a home for the aged in St Mary, she set up the Rita Marley Foundation, and so much more. She does it all from the heart. She could have quit and gone into hiding when Bob died, but she carried on and maintained the tempo that Bob started. She has not stopped. Just looking at her tells you that you must carry on.”

Meanwhile, speaking to The Observer, Ziggy Marley noted that his mother, who had been shot in the head on the night of December 5, 1976, when Bob Marley insisted on playing the Smile Jamaica Concert at Kingston’s National Heroes Park, as planned – even though he had bullet wounds in his arm and chest, deserves equal credit.  “She still showed up for the show, the same as he did. I’m proud of both my dad and my mum because there’s a team work going on between them. Bob wouldn’t be Bob without Rita, you know what I’m saying?,” the 53-year-old told

Now 53, Ziggy spoke to The Observer on the eve of a new exhibition about his father’s life and influences opening at the Saatchi Gallery in London next month.