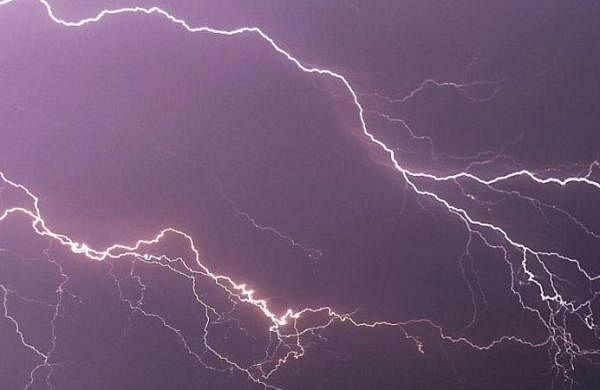 BHOPAL: As many as 1,111 people were killed after being struck by lightning in various parts of Madhya Pradesh since January 1, 2018, the Shivraj Singh Chouhan government has stated before the Vidhan Sabha.

In a written reply to the question by ruling BJP MLA from Mandsaur seat Yashpal Singh Sisodiya, the state’s revenue minister Govind Singh Rajput mentioned that 1,111 human casualties were reported due to lightning in the state since January 1, 2018.

The Vindhya region which neighbours Uttar Pradesh on one side and Chhattisgarh on the other reported the highest human casualties.

The lowest two and three casualties were reported in Central MP districts of Hoshangabad and Harda respectively.

The state government also mentioned in the reply about Rs 44.44 crore having been paid as relief to the kin of each of the deceased at the rate of Rs 4 lakh each.

The BJP MLA Yashpal Singh Sisodiya remained unsatisfied with the reply by the state’s revenue minister.

“In my query, I had also asked as to what were the possible reasons behind so many human casualties due to lightning. Was it due to the rising number of cellular phone towers in the state or had to do with anything else, but the minister hasn’t responded to it,” Sisodiya told The New Indian Express on the sidelines of the ongoing winter session of the Vidhan Sabha on Wednesday.