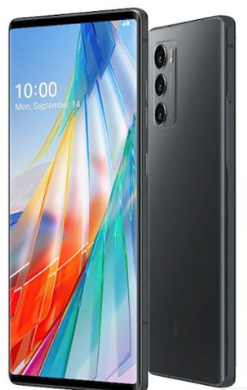 South Korean company LG has finally launched its rotating screened smartphone LG wing in India. One screen of this phone can be rotated up to 90 degrees. The phone can also be used as a regular (one-screen) phone. The device is slightly thicker and heavier due to having two screens. Please tell that the company has already launched this phone globally. Rs 69,990 in India, which is 128GB storage variant. You will be able to buy the phone in two colors of Aurora Gray and Illusion Sky. Its sale will start from November 9. Let us know that its initial price in South Korea is KRW 1,098,900 (about 71,600 rupees), which is for the 256GB storage variant. However, the 256GB storage variant has not been launched in India.