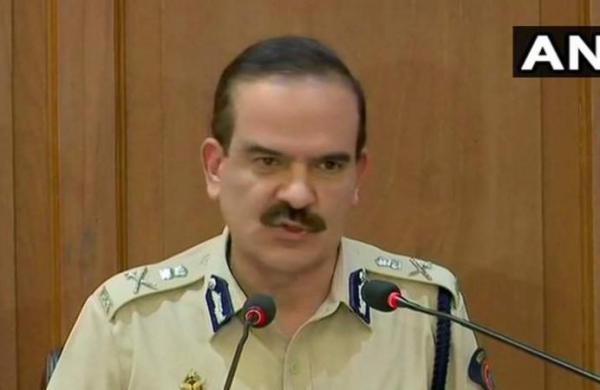 “An unsigned letter in the name of Param Bir Singh, commandant general of Home Guards” was received on the official email ID of the chief minister’s secretariat in the afternoon, the Chief Minister’s Office said on Saturday.

Param Bir Singh had alleged that Home Minister Anil Deshmukh had ordered to file a case of abetment to suicide in MP Mohan Delkar’s death who was found dead in Mumbai on February 22 this year.

In a letter to Chief Minister Uddhav Thackrey, yesterday, Singh stated: “Abetment to suicide case in Mohan Delkar’s death was ordered to be filed by Home Minister Anil Deshmukh despite the legal opinion of experts being against this FIR.”

Singh, who has now been posted as Commandant General of Home Guards, said that he has been “made a scapegoat to divert attention from the actual wrongdoers” also alleged that the FIR was filed for political mileage and he (Parambir Singh) had opposed the idea of said FIR in this case during a meeting of ministers including Chief Minister.

“From day one, the Home Minister desired a case of abetment of suicide to be registered at Mumbai. My professional view after seeking appropriate legal advice was that while the suicide had occurred in Mumbai, all the alleged acts of abetment had taken place in Dadra & Nagar Haveli. Thus, the abetment of suicide, if any, was required to be investigated by the Police at Dadra & Nagar Haveli who would have jurisdiction in that regard. You will recollect that in a briefing held at Varsha soon after the incident in the presence of a Minister and several other officials, after I drew attention of all concerned about my view, there was general agreement that the alleged acts of abetment could only be investigated by the Police at Dadra & Nagar Haveli,” the letter read.

“Dutybound to do so, I held to my professional view as advised by legal experts. The Home Minister kept insisting otherwise despite having been informed by me about the opinion of legal experts on this issue. Due to my resistance, the Home Minister was unhappy with me as the political mileage desired to be derived from the registration of the abetment of the suicide case.

Despite being fully aware of the opinion of the legal experts, the general opinion and the reasons behind it, the Home Minister announced the setting up of a Special Investigation Team (SIT) and registration of an FIR into the alleged case on March 9 2021, the letter continued to read.