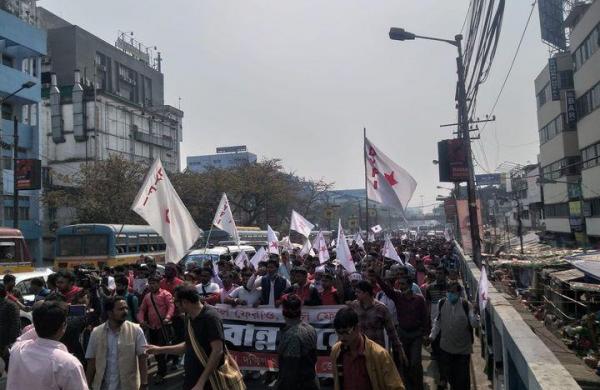 By PTI
KOLKATA: Around 10-12 activists of CPI (M)-backed DYFI tried to enter state secretariat Nabanna on Thursday morning, ahead of the Left’s scheduled march but were detained by police, officials said.

Several Left-wing groups are scheduled to march to the state secretariat in the afternoon over a host of demands but around 11 am, some 10-12 activists suddenly tried to enter Nabanna, raising slogans, they said.

Their attempt was thwarted by on-duty police personnel and they were whisked away in vans to the Shibpur police station, officials said.

The Left outfits are scheduled to march to Nabanna, demanding jobs and industrialisation in the state, among others.