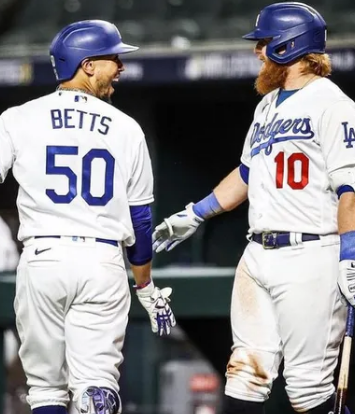 The LA Dodgers carried their form into the World Series as they beat the Tampa Bay Rays by an 8-3 score in Game 1. The win means that the LA Dodgers now lead the seven-game series 1-0, with the next game according to the World Series schedule taking place on Thursday, October 22 at 5:38 AM IST. As has been the case in recent games, LeBron James reacted to the Dodgers vs Rays Game 1, as he praised several players for their performance. The LA Dodgers started their World Series campaign with a thoroughly dominating victory, with Mookie Betts contributing in every way possible for his side. Although the biggest takeaway from the Dodgers vs Rays Game 1 will be the performance of left-hander Clayton Kershaw, who seemed to be in complete control as he delivered six innings of one-run ball. Kershaw was admirably supported by Cody Bellinger and Mookie Betts, as the LA Dodgers gained an early advantage in the World Series.