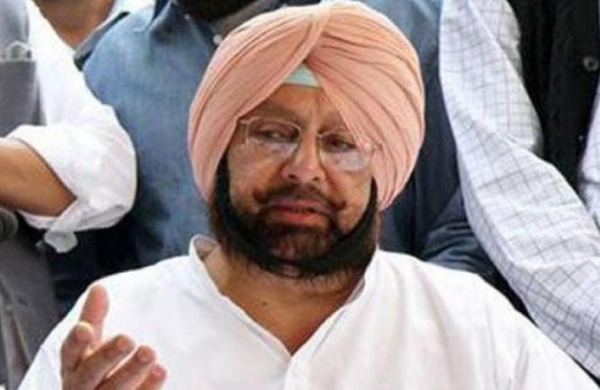 By PTI
CHANDIGARH: Punjab Chief Minister Amarinder Singh on Thursday urged the Centre to leave its ego, scrap the three farm legislations and bring in new laws after fresh discussions with farmers.

Singh was addressing the media on the completion of four years of his government.

“Bring new bills after discussion with farmers. Sit with them, talk to them and then bring a new bill. Why are you sitting on prestige and ego,” he asked the Centre.

The chief minister, however, noted that the amendment bills are yet to be forwarded to the President by the governor of Punjab.

Singh further said he could not see a middle path to break the stalemate between the farmers and the government of India, and asked the Centre to scrap the farm laws.

How many more farmers have to die, he asked, pointing out that 112 farmers from Punjab alone have lost their lives since the agitation began.

Targeting the governor for not forwarding the amendment bills passed by the Punjab Assembly for the President’s assent, he remarked, “Are we a democracy or not?” Punjab took a unanimous decision and the governor has no business to sit on the files, the chief minister said.

It is his duty to forward to the President for assent under Article 254 (2) of the Constitution, he said.

Singh said his government would fulfil the promises made in the run up to the assembly elections in 2017 before going back to the people for their blessings ahead of the 2022 Assembly elections.

The Congress in Punjab has no rival.

Neither the Akalis nor the Aam Aadmi Party (AAP) can offer any competition, he claimed.

The chief minister said more than 85 per cent of promises made in the last election manifesto have been implemented, and claimed it was record for any party in any state.

He said the previous record was held by Chandrababu Naidu in Andhra Pradesh (for 81 per cent of promises fulfilled).

Listing his government’s biggest achievement as the maintenance of ‘Punjabiyat’ in the state, Singh said people wanted peace so as to conduct their work or business.

Asked if he would lead the party in the 2022 assembly election and be its CM face, Singh it the for the Congress leadership to decide.

On poll strategist Prashant Kishor’s appointment as his principal adviser, the he said in a democracy, every leader and party has a team of strategists.

Replying to a question on the inquiry into 2015 sacrilege incidents, Singh said the special investigation team would soon complete its investigation and that he will not interfere if they decide to chargesheet any senior police officer or politician.

He also took serious note of the perceptible increase in drone movement from across the border since the farmers’ protests started gathering heat in October 2020.

Currently, the Khalistani cells in Punjab are dormant but they were being fed weapons via the drones to create trouble, the chief minister said.

On key achievements of his government, he said the backbone of the drugs chain has been successfully broken.

Asked about the criminal cases against gangster-turned-politician Mukhtar Ansari, who is currently lodged in a Punjab jail and whose custody is sought by Uttar Pradesh, the chief minister said the matter was sub-judice.

If Ansari has committed a crime in Punjab, he will have to pay the price for it, he added.