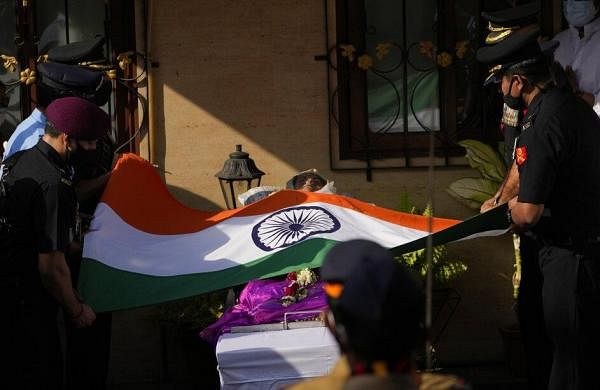 LATUR: Several hundred people in Latur in Maharashtra on Sunday paid homage to melody queen Lata Mangeshkar at a college here named after her father and for which the legend had organised a special charity show over 40 years ago to raise funds to set up the educational institution.

Lata Mangeshkar was the prime mover in the efforts that culminated in the setting up of the Master Deenanath Mangeshkar College in Aurad Shahajani in Nilanga tehsil, situated on the border with Karnataka.

Several villagers said they always felt a special bond with the departed legend, who had visited on December 4, 1976 for the inauguration of the hospital.

She organised the ‘Sangeet Rajni’ event on February 28, 1981 to raise funds as promised to the Sharadopasak Shikshan Sanstha, villagers said.

“Her help in the education field of Latur is invaluable,” Vishwanathrao Valade, the president of the Sharadopasak Shikshan Sanstha, said.