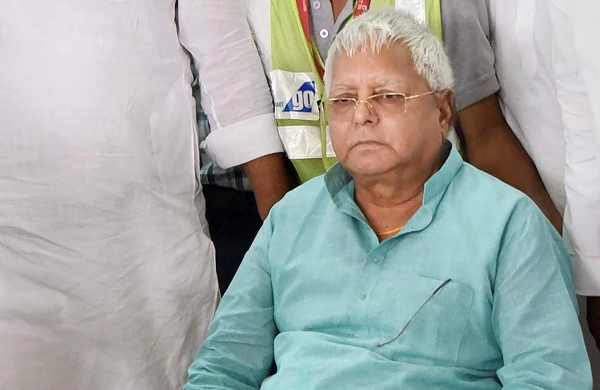 By PTI
RANCHI: The hearing in the bail petition of jailed RJD president Lalu Prasad in connection with a case of fodder scam is listed in the Jharkhand High Court for Friday, his lawyer said Thursday.

The bench of Justice Aparesh Kumar Singh will hear his bail plea in the Dumka treasury embezzlement case of the fodder scam on January 29.

Prasad’s lawyer Devarshi Mandal said that the RJD leader has already acquired bail in the three cases of the multi- crore rupees fodder scam and if his bail plea is allowed Friday he would be released from jail.

Earlier on January 25, a report was submitted to the High Court on behalf of Prasad giving details that he has already completed more than half of the jail term awarded by a CBI court in the case and made a request for early hearing in the Dumka treasury matter.

The court accepted the plea and fixed January 29 for taking up the matter.

The septuagenarianleader was air-lifted to the Delhi AIIMS last week following reports of deterioration in his health.