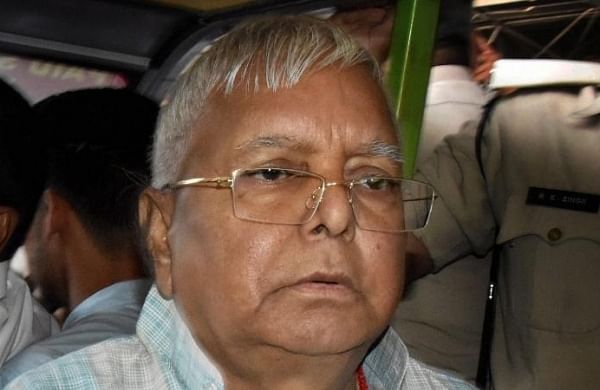 NEW DELHI: RJD president Lalu Prasad, who was admitted to a Patna hospital with fractures after a fall at his house, is being shifted for better treatment at AIIMS-Delhi where doctors are well-versed with his medical history, his son Tejashwi Yadav said on Wednesday.

Lalu Prasad suffered fractures in three places, including shoulder, after the fall and complications increased as the body is “locked” and he is unable to move much, Yadav said.

The 74-year-old former Bihar chief minister was taken ill on Monday and admitted to a private hospital in Patna, less than 24 hours after he suffered the injuries. Sources said Lalu Prasad was in transit and was expected to be admitted to AIIMS in Delhi later in the night.

Bihar Chief Minister Nitish Kumar on Wednesday visited Lalu Prasad at the Patna hospital and enquired about his health.

In a message to RJD workers and Lalu Prasad’s supporters, Rabri Devi said, “Don’t worry, he is being treated and will recover. Everyone should pray for him that he recovers soon.”

Speaking with reporters alongside his mother here, Tejashwi Yadav said, “We are bringing him to AIIMS Delhi as better treatment can be done here with the doctors well-versed with his medical history.”

“He has a fracture in three places after the fall. Complications increased after the fall as the body got locked, he is unable to move much,” the leader of opposition in the Bihar Assembly said.

“Lalu ji will be brought here and a team of doctors will decide in which ward he will be kept. A check-up, all scans and ultrasound will be done,” Yadav said.

Out on bail in fodder scam cases, Prasad had last month obtained permission from the Jharkhand High Court for travelling abroad, preferably Singapore, to get a kidney transplant.

On whether it would be possible to go to Singapore, Tejashwi Yadav said if in 2-4 weeks he can undertake international travel “we may take him to Singapore.”