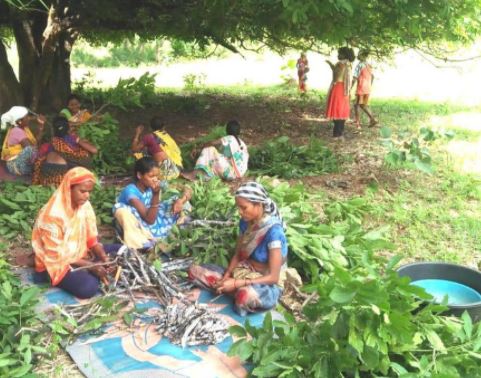 According to the announcement of Bhupesh Baghel, lac production in Chhattisgarh has been accorded the status of agriculture. An order has been issued by the state government to benefit the lakh productive farmers and farmer groups as per the rules on short-term agricultural loans and interest subsidy on loans as per the agricultural crops.
The order issued in this regard by the Joint Secretary of the Department of Agricultural Development and Farmers Welfare and Biotechnology, has said that for the production and primary processing of cultivars or farmers groups on crops such as safflower, palash, plum, etc. Corresponding short term agricultural loan will be provided at the prescribed debt scale. They will also be given interest subsidy on short-term agricultural credit as per rules.
It is noteworthy that there are immense possibilities of cultivation of lac in Chhattisgarh state. Lacs have traditionally been cultivated in safflower, palash and plum trees by the farmers here. But due to lack of cultivation of lac in systematic and modern way, the farmers do not get the expected benefits in lieu of cost. The Forest Department has sent a proposal to the Chief Minister Mr. Bhupesh Baghel, suggesting to give it agriculture status with the aim of making lac farming profitable and to provide loans to farmers who cultivate lac like other farmers through agricultural cooperatives Was requested to be validated. On which the Chief Minister has given his consent.