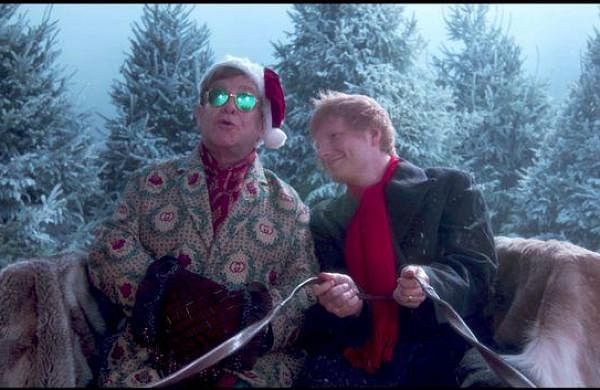 LadBaby secures Christmas number one spot for a fourth consecutive year, making chart history as the first musician to do so in the 70 years of the Official Christmas Chart.

The charity rework of Ed and Sir Elton’s own new festive single Merry Christmas is in aid of The Trussell Trust food banks.

With the sausage roll-themed rework topping charts at Christmas, LadBaby have surpassed music legends The Beatles and Spice Girls, who are the only other acts to score a consecutive hat-trick of festive number ones.

LadBaby’s food pun-based singles first began back in 2018, when the YouTubers released We Built This City. Their further success continued in 2019 with I Love Sausage Rolls and 2020’s Don’t Stop Me Eatin’.

The social media sensations have knocked Ed and Sir Elton off the top spot, after a two-week reign at number one with their original version of Merry Christmas.

However, Ed has now secured his fourth number one single of 2021 and Sir Elton his third, with the charity rework of Merry Christmas.