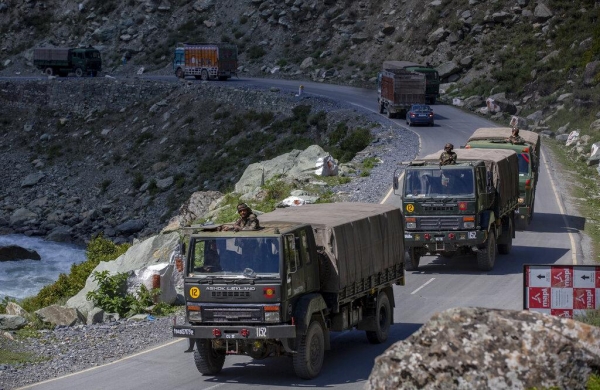 By Express News Service
DEHRADUN:  After reports of increased activity by China’s People’s Liberation Army near the Barahoti area of Uttarakhand’s Chamoli district, security forces and the state police have formulated a plan to jointly patrol and conduct surveillance in the area.

A joint meeting was held on Thursday after which it was decided that police chiefs of the border districts will also be included in the coordination committee for better policing of border areas in cooperation with Indo-Tibetan Border Police (ITBP), Seema Sashatra Bal and other security forces.

“Forces are being beefed up in Joshimath, Chamoli district given the heightened activities of the PLA in the region. The police will be cooperating with the ITBP, SSB and other agencies over the issue,” said a highly-placed official refusing to reveal other details.

The last time the PLA activities were reported in Barahoti was in August 2018.

This time a few locals who ventured out to the grassland with their herd of sheep and goat were confronted by PLA soldiers who tried to remove their tents forcibly.

A team of state administrative officials visited ground zero and talked to local residents who had reported this to the state government.

Barahoti happens to be Bugyal grassland of 10 km length and around 3 kms width at the border with China.