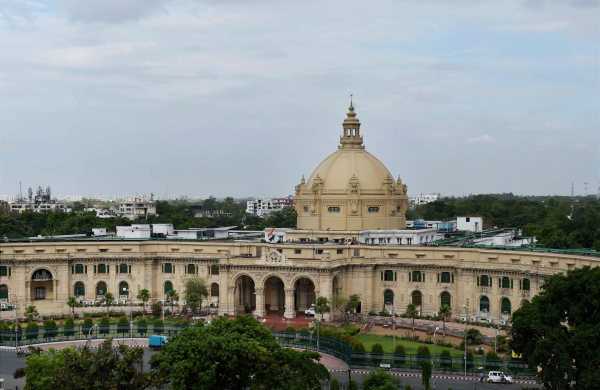 By PTI
LUCKNOW: Kunwar Manvendra Singh was Sunday administered the oath of office as the acting chairman of Uttar Pradesh Legislative Council.

The oath was administered by Governor Anandiben Patel at a function held at Raj Bhavan, officials said.

The tenure of incumbent chairman Ramesh Yadav ended on January 30.

Singh was among the 10 BJP and two Samajwadi Party candidates who were elected unopposed to the Uttar Pradesh Legislative Council on January 21.

Kunwar Manvendra Singh was earlier the acting chairman of UP Legislative Council from May 2002 to August 2004.

Mahesh Kumar Gupta, the Additional Chief Secretary to Governor, and other officials were also present on the occasion.