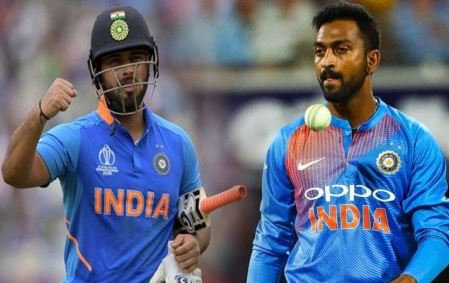 Airport Customs will continue investigating the case related to India cricketer Krunal Pandya, who was detained at the Mumbai airport over suspicion of being in possession of undisclosed gold and valuables upon his arrival in the country from the UAE.

The case will further be investigated by Mumbai Airport Customs. Krunal Pandya was detained on Thursday by officials from the Directorate of Revenue Intelligence (DRI) at the Mumbai airport after four luxury watches were found in his baggage. It came to light the all-rounder had not declared the watches to the Customs while arriving from the UAE after the competition of Indian Premier League (IPL) 2020.

DRI officials found that the four luxury watches, which were of Omega and Ambular Piguet, were not declared by Pandya to Customs and no duty had been paid for the same. The watches were suspected to be worth below Rs 1 crore in value.

According to sources, Krunal Pandya was detained and questioned by DRI officials from 5:30 pm. The Mumbai Indians star reportedly said that he had no idea about the declaration procedure and Customs duty and so he had failed to declare the watches to Customs.

The watches were seized and handed over to Mumbai airport customs for its valuation and Krunal was allowed to leave the airport around midnight. Once the valuation of the watches is done, Krunal will have to pay around 38 percent of its value as Customs duty and the adjudicating authority would further decide on the amount of penalty to be levied against Krunal.