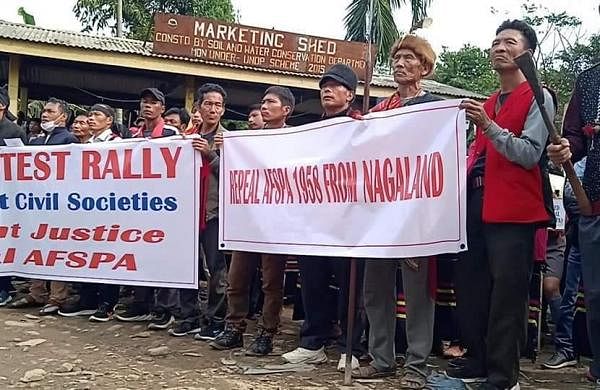 GUWAHATI: The Konyak civil society organisations resented that the Army probe team, which on Wednesday visited the site of the December 4 botched ambush at Oting in Nagaland’s Mon district, had allegedly come along with some personnel of the elite “21 Para” who were involved in the killings.

“The public at ground zero had recognized some faces who were directly involved in the December 4 incident. The sanctity and the customary practices/institution of the Konyaks had been tarnished and dishonoured by letting those criminals/21 Para commandos to step upon the Konyak soil,” the organisations said in a statement.

“The act of bringing along the killers of the incident seems like an intention to hurt…those already in grief. This violation will be dealt with as per the customary norms of the Konyak,” it said.

The Konyak organisations doubted the credibility of the Army probe team. They said they were not happy with the questions and interrogations of the witnesses.

Stating that justice delayed will be considered justice denied, the organisations demanded that Centre immediately sanction order for the prosecution of the personnel and officers involved in the killings of civilians in the twin incidents of December 4 and 5.

At a meeting on December 27, the organisations declared the site of the ambush as a “genocide site”.

“Moreover, the actual incident site should be manned by the state security forces 24/7. Hence, it has declared that no remains of the December 4 incident should be moved out of the original place where they still stand,” the statement further said.