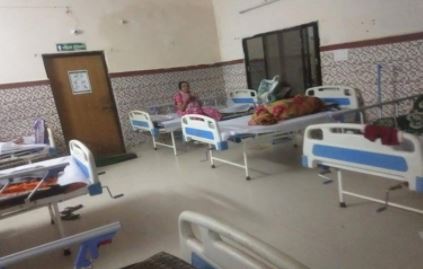 Kondagaon district is number one on the basis of providing better health care in the ranking of Kovid Hospital released by the Health Department in the state. This information has been received from the district hospital. This ranking has been decided on the basis of timely treatment, medication and facility to Corona infected patients in Kovid Hospital. It is known that this survey has been done by the government on the basis of the feedback from patients discharged after treatment of corona in Kovid hospitals and all the ranking patients given to the hospitals. Thus feedbacks were collected during the survey in Kondagaon district as well. Under this, Dedicated Hospital Kovid Cares Centers and Private Hospitals were included. In this, the doctors check patients every day, health workers have health related phone conversations with patients, dispensing of medicine kits and masks, timely delivery of food, its quality, drinking water and hot water facilities, cleanliness of toilet room and ward. Indexes such as cleanliness, behavior of health workers were determined by the government. The district hospital also informed that so far 1 thousand 22 patients were admitted to Kovid Hospital, out of which 963 patients have been discharged. Of the hospitalized patients, 4 died during treatment, while 55 patients have been referred to hospitals outside the district for better treatment. The district’s Kovid Care Center and Kovid Hospital have 14 doctors, 34 staff nurses and 8 ward boys. Also, 30 beds in 100 bedded hospital are connected with central oxygen and ‘CT scan’ facility is also being provided to all Kovid-19 patients. 3 successful deliveries have also been done in the district hospital during this corona infection. It is noteworthy that initially the district administration was informed by the patients at Kovid-19 Hospital regarding some inconveniences. After this, Collector Pushpendra Kumar Meena, taking cognizance of himself, directed the food safety officers in the hospital to take care of the food, hygiene given to the patients. Along with this, the Collector himself has been periodically reviewing the causes of death from corona occurring in each district with the health officials of the district. Apart from this, review meetings of the district administration and health department are held from time to time regarding health checkup, status of patients, availability of vehicles etc. At present a total of 4947 corona positives have been found in the district. Of these, 4869 patients have been cured so far, while 32 residents of the district have died of corona.