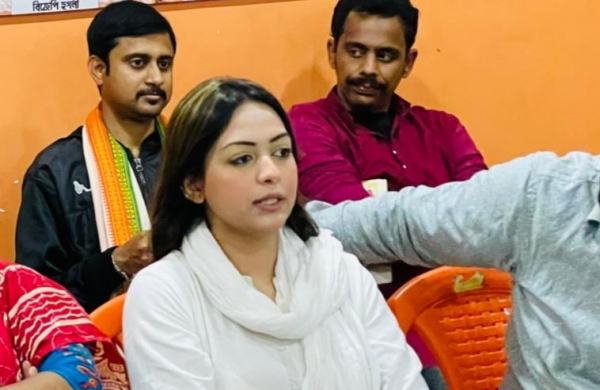 By PTI
KOLKATA: The Kolkata Police on Sunday conducted a search operation at a beauty parlour allegedly owned by Pamela Goswami, a youth wing leader of the BJP arrested for possession of cocaine.

Sleuths of the city police took Goswami to the parlour in the New Town area and conducted the search on the premises in her presence, sources said.

Very active on social media platforms where she had taken on celebrities like singer Rihanna over the farmers’ protest, Goswami was arrested with her friend Prabeer Kumar Dey and personal security guard Somnath Chatterjee on Friday after 90 gm of cocaine was allegedly found in her handbag and concealed in the car she was travelling.

She had created a flutter at a city court where she was produced on Saturday, trying to wriggle out of the grasp of police and screaming that Rakesh Singh, a close aide of BJP’s West Bengal pointsman Kailash Vijayvargiya, “plotted” her arrest.

Goswami, a former fashion model and small-time actress, was remanded in police custody till February 25.

Claiming that Goswami had been “brainwashed” by the Kolkata Police and the ruling TMC, Singh said he was not in touch with her for over a year.

Singh said he was ready to face investigation by any agency.