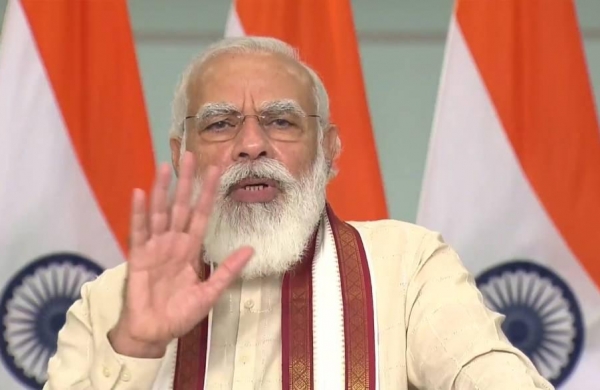 By ANI
NEW DELHI: Prime Minister Narendra Modi on Tuesday condoled the loss of lives in the fire that took place in Kolkata Monday evening and approved an ex-gratia of Rs 2 lakh to the next of kin of the deceased persons, and Rs 50,000 to those who were seriously injured.

At least nine people, including four personnel of the fire department, two Railway personnel and an Assistant Sub Inspector of Police (ASI) died in the incident at a 13-storied-office building of the Eastern Railway in Kolkata’s Strand Road, Union Minister Piyush Goyal informed.

“PM Narendra Modi has approved an ex-gratia of Rs 2 lakhs each from Prime Minister’s National Relief Fund for the next of kin of those who have lost their lives due to the tragic fire in Kolkata. Rs 50,000 would be given to those seriously injured,” the Prime Minister’s Office tweeted on Tuesday morning.

Prime Minister Modi also tweeted, “Saddened by the loss of lives due to the fire tragedy in Kolkata. In this hour of sadness, my thoughts are with the bereaved families. May the injured recover at the earliest.”

West Bengal Chief Minister Mamata Banerjee visited the site earlier and announced a Rs 10 lakh compensation and government jobs to one member of the deceased person’s next of kin.

The fire broke out on the top floor of the 13-storied building here at around 6 pm on Monday evening. As per a statement, Railway Protection Force (RPF) and other Railway staff immediately rushed to the 13th floor and evacuated most of the staff present there.

The fire brigade reached the incident site at around 6.30 pm and started operations to control the fire. The fire was brought under control by 11 pm.