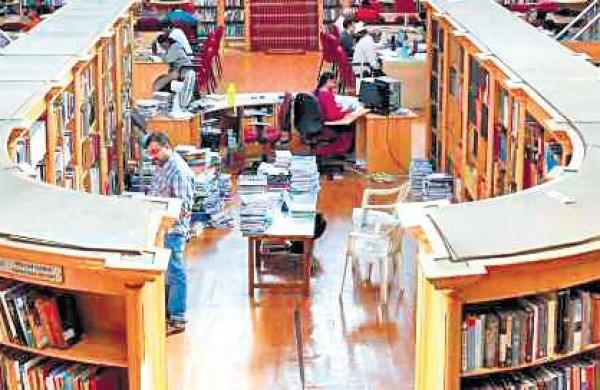 Express News Service
Libraries open to patrons following safety normsState-owned, government-aided and government-sponsored libraries across West Bengal resumed service on Monday last. Although a limited number of readers are being permitted, services are being offered thrice a week on alternate days. Sources said the directorate of library services asked the employees to take ‘strict protective measures, including sanitising the library premises daily and allowing half of already enrolled readers according to protocols prescribed by the health department’.

Belur Math opens doors to devotees, visitorsAfter remaining closed for over six months, the Belur Math will be open for devotees and visitors from February 10. Around 300 monks stay and close to 250 employees work at the Math, which is the global headquarter of Ramakrishna Math and Ramakrishna Mission. The Math was closed after the prime minister-announced lockdown in March. It was briefly opened when the lockdown norms were relaxed in August. However, the doors were shut on the visitors shortly after. Sources said the senior monks of the order met recently to review the situation. After deliberations, the monks reached the unanimous decision to reopen the gates, albeit for a limited time. The Math will remain open between 8.30 am and 11 am and from 3.30 pm to 5.15 pm, as per the new schedule.

Colour-coded trams for easy route identificationTaking a leaf out of the Edinburgh’s Granton tram network, Kolkata will have coloured tram routes from February. The colours assigned will include pink, red, yellow, violet, blue and green, said officials of the West Bengal Transport Corporation (WBTC). “For easy identification, tram-cars will have colour stripes on top. There will not be any shortage of tram-cars on any route even if one develops a snag,” said WBTC official. Those buying a trampass will be get a pocket map of the routes. Trampass is an all-in-one-day easy on pocket pass that allows a commuter to travel on all trams throughout the day.

AIIMS resumes limited outpatient servicesLimited outpatient service has been launched at the All India Institute of Medical Science (AIIMS) in Kalyani on Tuesday. At present, medical services have been introduced to eight departments. The service will be launched in all departments step by step. The service will be available only if the name of a patient has been registered in advance, said the hospital authorities. The construction work of this hospital started in 2016 and admission of patients began in 2019. The outpatient facility will be open from 9 am to 1 pm. The facility was ensvisaged as a state-of-the-art institute offering premium healthcare at an affordable rate and train professionals in the best practices prevalent in the sector.