Kohli hit a double century of matches for RCB 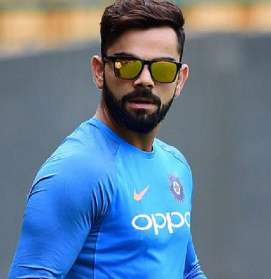 As soon as the 31st match of the 13th season of the Indian Premier League i.e. IPL started on the ground of Sharjah, the Royal Challengers Bangalore i.e. RCB captain Virat Kohli made a record in his name. The match was against Kings XI Punjab, in which Virat Kohli scored a double century for RCB in terms of matches. On this occasion, Virat Kohli also gave a statement and said that it is not less than any honor for him.

In fact, Virat Kohli had landed in his 185th match against Punjab for Royal Challengers Bangalore in the history of IPL. With this, he became the first player to play in the 200th match for RCB. Now you must be thinking that when he played 185 matches in IPL for RCB, then how did 200 matches happen? If you are thinking like this then you are not wrong, but he played the 200th match for RCB on Thursday, 15 October.

Yes, Virat Kohli has played 15 matches for RCB in Champions League T20. In this way, he has become the first player to land 200 matches for the Bangalore team. So far no player has played so many matches for RCB. At the same time, during the toss on this special occasion, he was asked how you are feeling after achieving this special achievement, then he said that it means a lot to me.

RCB captain Virat Kohli said, RCB means a lot to me, not many people can understand this emotion of mine. 200 matches is a wonderful thing for the team. I never thought in 2008 that this would happen. It is an honor for me. They retained me and I remained with them. Let me tell you, Virat Kohli is the only player who is still playing for the same team in the IPL.