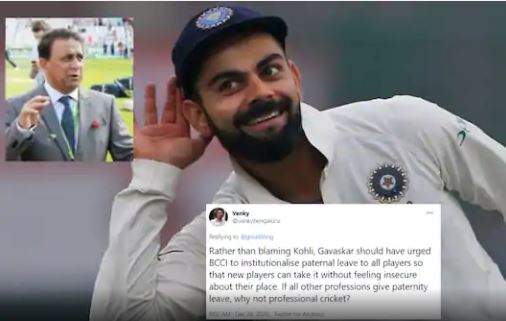 The debate around Indian skipper Virat Kohli’s decision to return home after the first Test match against Australia to attend the birth of his and Bollywood actor and wife Anushka Sharma’s first child once again heated up on social media after veteran cricketer-turned-commentator Sunil Gavaskar penned a column in Sportstar.

Indicating that there’s a divide in the Indian cricket team, Gavaskar said that bowlers like Ravichandran Ashwin are sidelined if they do not pick “heaps of wickets” in a game while the established batsmen in the team have it easy and are awarded chances upon chances despite their failure.

The veteran opener added that the newcomer T Natarajan was “forced” to stay back as a net bowler after the birth of his daughter following his brilliant performances in the limited-overs cricket.