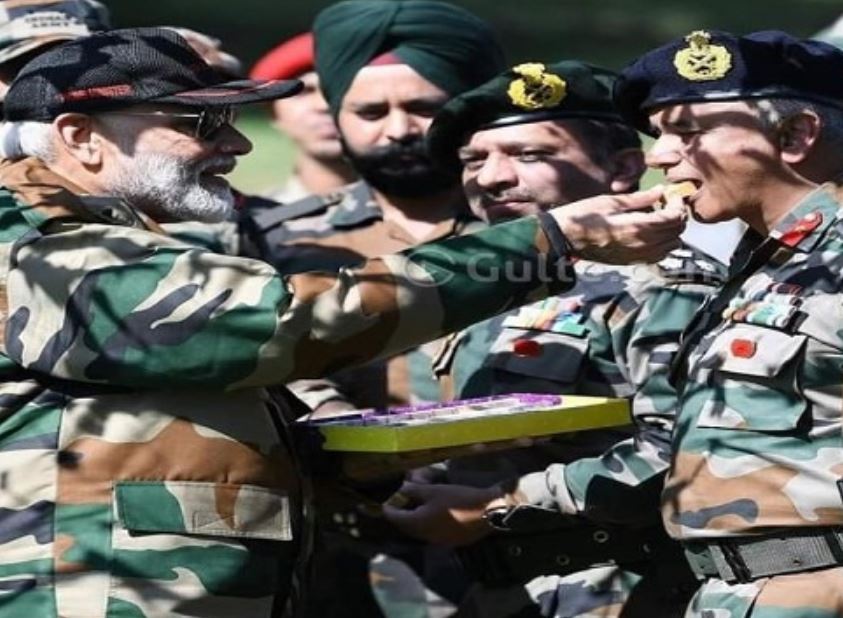 The festival of Diwali (Diwali 2020) will be celebrated on 14th November across the country amidst Corona catastrophe. On the other hand, talking about Prime Minister Narendra Modi, he can celebrate Diwali with army personnel like this year also. Let us know that after becoming Prime Minister, Narendra Modi has been celebrating every year among the soldiers on the Diwali border. Not only this, during this time, PM Modi not only reaches among the soldiers but also feeds them sweets with his hands. At the same time, they also encourage the soldiers.

This time also, PM Modi can go and celebrate Diwali among the soldiers. According to information received from sources, Prime Minister Modi can visit Jaisalmer to celebrate Diwali exclusively. During this, he can be joined by Chief of Defense Staff Bipin Rawat and Chief of Army Staff General Manoj Mukund Narwane.

Significantly, earlier, PM Modi has celebrated Diwali with soldiers on the border including Jammu and Kashmir, Uttarakhand. During such programs, PM Modi meets the soldiers and encourages them. Spend time with them and feed them sweets.