KL Rahul’s orange cap can be snatched, this veteran submitted a claim 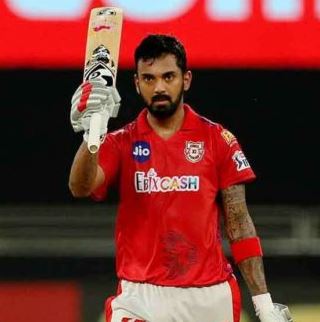 In the IPL 2020, Kings XI Punjab captain KL Rahul has impressed everyone with his game. Amazing great Rahul has scored the most 670 runs this season. Under which the Orange Cap title is also currently with Lokesh Rahul.

At the end of this tournament, there are now 2 matches left, with one qualifier and the final match remaining. Meanwhile, this tournament veteran has presented a challenge to snatch the Orange Cap from KL Rahul.

Significantly, Sunrisers Hyderabad have made it to Qualifier 2 this season after defeating Royal Challengers Bangalore by 6 wickets in the Eliminator match on Friday. In such a situation, now the Hyderabad team can have a chance to play the next match as well as play the final. Under which Hyderabad captain David Warner will try his best to win the title of Orange Cap in this tournament. In fact, Warner has scored 546 runs in 15 matches this season with an average of 42 and with the help of 4 fifties. In such a situation, David Lokesh can snatch the orange cap from Rahul by continuing his superb form in the upcoming matches.

Apart from this, if we talk about KL Rahul’s performance this season, then Kings XI Captain Lokesh Rahul has captivated everyone with his great batting. In IPL 13, KL Rahul has scored 670 runs in 14 matches at a batting average of 55. During this time, Rahul has also scored 1 century and 5 half-centuries.

So at the same time Lokesh Rahul has also done the feat of scoring 500 consecutive runs for the last three IPL seasons. Also, by playing an unbeaten 132 runs against Royal Challengers Bangalore (RCB), Rahul has also become the captain and Indian player with the best individual score in this league.