KKR vs SRH: It was for my friends, says Nitish Rana on celebration post fifty 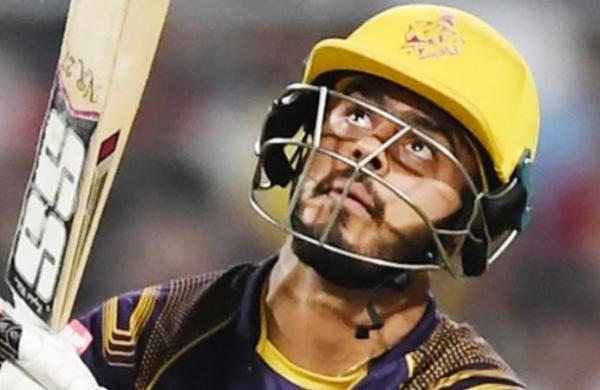 By ANI
CHENNAI: Kolkata Knight Riders (KKR) batsman Nitish Rana said that his celebration after scoring a half-century against SunRisers Hyderabad (SRH) was dedicated to his friends.

Rana and Rahul Tripathi’s knocks of 80 and 53 were backed by a spirited bowling performance as KKR triumphed over SRH by 10 runs here at the MA Chidambaram Stadium on Sunday. KKR first posted a total of 187/6 in the allotted twenty overs and then the bowlers managed to restrict SRH to 177/5.

“Feels good to start the season on a high note. I will try to carry this form and help the side as much as possible. The wicket was fresh so I played cautiously in the first few overs and then when I saw the ball is in my zone, I started hitting them. I was trying to hit the loose balls,” Rana said in a video posted by the official website of the IPL.

When Harbhajan Singh asked what does his celebration mean after the half-century, Rana said, “It was for my friends. My friends love the song Brown Munde and before the season began I told them when I do this (celebration), it will mean that we all are brown munde.”

For Eoin Morgan’s side, Prasidh Krishna managed to take two wickets. For SRH, Jonny Bairstow and Manish Pandey played knocks of 55 and 61 respectively. This win was also KKR’s 100th in the IPL.

Morgan heaped praises on Rana and said he played a match-winning knock for the side.

“I’m delighted for Nitish. Obviously, a match-winning innings today. The thing that impressed me the most about his innings was the method he used, played really aggressively and always took a positive option which really did set up our batting innings,” Morgan said while replying to an ANI query in a virtual press conference after the game.