King Mordhwaj established the statue of Mahamaya in Chhattisgarh 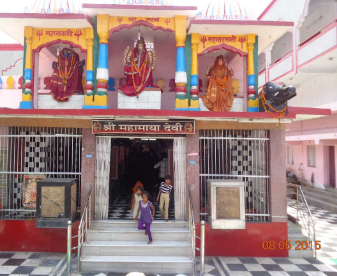 It is believed that about five thousand years ago, King Moradhwaj installed the statue of Maa Mahamaya Devi in ​​the old settlement area. In the 17th-18th century, the Maratha rulers of Nagpur renovated the temple and gave it grandeur. Presently this magnificent temple is the center of faith for the devotees living in the country and abroad. According to Pandit Manoj Shukla, author of the book ‘Mahamaya Mandir Ka Vaibhav’, the six pillars in the middle of the entrance, toran, mandala of the Mahamaya temple and the mother sanctum sanctorum built in the premises just in front of it, are in a straight line, the walls of the Naggriha built on the walls. The temple at the base is said to have been built in the eighth-ninth century.t is believed that King Mordhwaj went with his army to visit the banks of the Kharun River. During the bath, many snakes were wrapped on a stone in the river. When the king saw it, it was a goddess statue. Goddess said, take me on the head and take me, where I will keep you will be established there. The king went after picking up the statue and placed the statue on the platform where the temple was being built, four kilometers from the river. After this, the statue was not from there to Hili, so the statue was installed there.