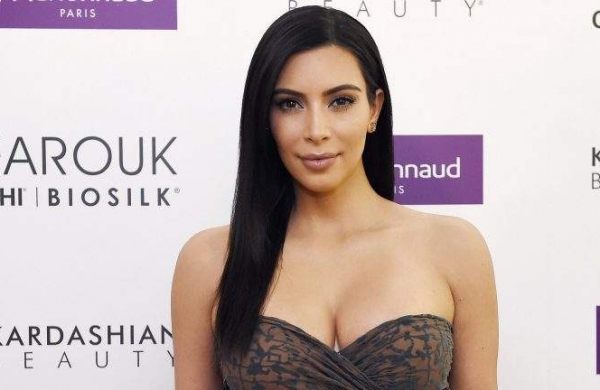 By ANI
WASHINGTON: American reality TV star Kim Kardashian West, who recently filed a trademark to start her own skincare brand, said that she wants to remain focused on her studies for now. As per People magazine, in a recent interview with WWD, the ‘Keeping Up with the Kardashians’ star discussed her various businesses, including KKW Beauty, KKW Fragrance and SKIMS.

However, despite recently filing a trademark for ‘Skkn by Kim’, which will cover the skincare, haircare, nail care and supplements categories, Kardashian said she won’t begin a new venture until she has earned her law degree. “I want to finish that, before I connect with something else,” she told the outlet.

Though she doesn’t plan on expanding her empire anytime soon, Kardashian recently earned a spot on the annual Forbes’ World’s Billionaire’s List, with her net worth increasing to USD 1 billion.

The outlet estimated that since October 2020, Kardashian’s net worth has skyrocketed from USD 780 million to USD 1 billion, all thanks to KKW Beauty, KKW Fragrance and SKIMS, her KUWTK paycheck, endorsement deals, and investments.

The reality star first revealed her law degree aspirations in an interview with Vogue in April 2019, sharing that she had begun a four-year apprenticeship with a firm in San Francisco, with the goal of taking the bar in 2022.

Though she did attend Pierce College in Los Angeles, she never graduated. However, California, as well as three other US states, offers a path to passing the bar without attending law school by “reading the law,” or apprenticing with a practicing lawyer or judge.

Since Kardashian passed the baby bar last year, she will be given the okay to continue for three more years of study.

As she earns her degree, Kardashian has been vocal about her passion for criminal justice reform and the role that has played in her decision to attend law school. While she was preparing to divorce rapper Kanye West, a source told People magazine that she remained “very focused on work and causes.”

“She strongly believes she can make a change when it comes to prison reform,” the insider said in December, two months before the Kardashian ultimately filed for divorce.

Kardashian and the rapper were married for almost seven years prior to filing for divorce in February. News of the official filing came one month after the outlet confirmed on January 5 that the reality star was “done” with her marriage.

The ‘Keeping Up With the Kardashians’ star shares four children with her Grammy-award-winning ex-husband. According to the legal documents, the star had been asking for joint legal and physical custody of the duo’s four kids: 7-year-old North, 5-year-old Saint, 3-year-old Chicago, and one-year-old Psalm.