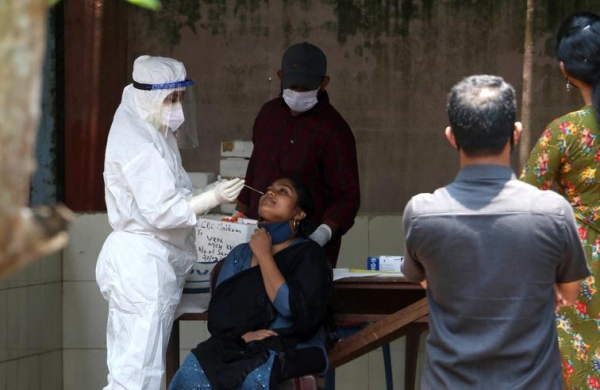 By PTI
THIRUVANANTHAPURAM: Concessions on certain activities like opening of electronic shops, film shooting and the number of people allowed into places of worship were announced on Saturday by Chief Minister Pinarayi Vijayan, who said restrictions were also needed to overcome the serious situation that Kerala was facing.

The Chief Minister said that the restrictions, including lockdowns, no matter how limited, were causing huge economic and social problems and therefore certain concessions were being allowed after evaluating the course of the COVID-19 infection on a daily basis.

He, however, also said that the restrictions, which are causinga variety of reactions in Kerala, are needed as it was only with the help of the existing controls that the state was able to keep the pandemic from going out of control and overburden the health infrastructure.

Announcing the concessions at a press conference here, Vijayan said that in view of Bakrid (Eid-ul-Azha) being celebrated on July 21 in the state, textiles, footwear shops, jewellery, fancy stores, shops selling home appliances and electronic items, all types of repairing shops and shops selling essential items shall be allowed to open on July 18, 19 and 20 from 7 AM to 8 PM in category A, B and C areas.

In D category areas, these shops can function only on July 19, he said.

“Along with the other permitted activities, electronic shops and electronic repair shops can also be opened on all days from 7 AM to 8 PM in category A and B areas and during permitted days in other categories,” he said.

Besides that, beauty parlors and barber shops can function for hairstyling only on the days on which other shops are permitted in A and B category areas, he said and added that owners of such establishments should ensure that their staff have received at least one dose of the vaccine.

Places of worship can be allowed with a maximum of 40 people on special occasions of celebration, the Chief Minister said and added that people in charge there should ensure that the number is maintained.

He said that only people who have received at least one dose of vaccine should be allowed to enter places of worship.

He also said that the number of pilgrims who could participate in the pooja at Sabarimala has been increased from 5,000 to 10,000.

Since shooting of serials has been allowed in the state, film shoots shall also be permitted in category A and B areas, subject to strict adherence to the COVID protocols.

Entry at all these places should be allowed only to those who have received at least one dose of vaccine, he said.

Vijayan also said that the vaccine received from the Centre was being administered with minimal wastage.

He said the government hopes to fully vaccinate 60-70 per cent of the state’s population within the next two-three months and added that if everyone gets vaccinated and strictly follows the COVID protocols, “we can ride out the second wave and avoid the third wave of the virus.”