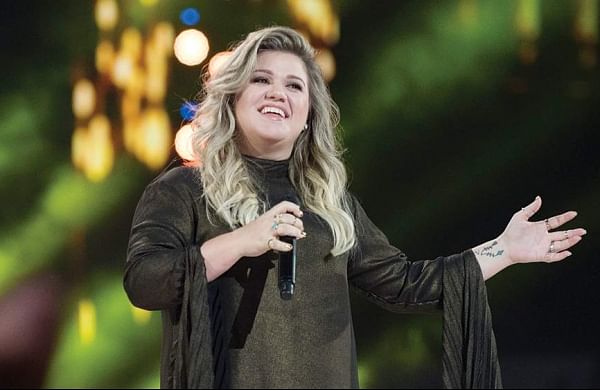 WASHINGTON: The holiday season isn’t always merry for everyone — that’s the message Kelly Clarkson recently shared with her fans.

As per E! News, during her new NBC special, ‘Kelly Clarkson Presents: When Christmas Comes Around’, she opened up about the not-so-cheery side to the holidays, before performing her latest song ‘Merry Christmas (to the One I Used to Know)’.

“The holidays come with a whole range of emotions. I’m gonna be real with y’all, when I wrote this next song, I was crying my face off, which happens even at Christmastime, everyone. I had just put my kids to bed and I was just going through it, having a really hard time, and it’s been a really tough year for a lot of us,” Kelly said.

She continued, “And I wrote this song for me, but also because there aren’t many holiday songs for people feeling alone or lost or just plain sad other than Dolly Parton’s classic ‘Hard Candy Christmas,’ which we all love.”

Kelly later gave an emotional performance of ‘Merry Christmas (to the One I Used to Know)’.

The ‘American Idol’ alum hasn’t shied away from discussing her heartbreak since she filed for divorce from husband Brandon Blackstock in June 2020 after seven years of marriage. They share two kids, River, 7, and Remington, 5.

Last December, Kelly explained just how “horrible” it has been to go through a divorce.

“There are so many hard parts and the hardest for me is the kids. That’s the hardest part for me. You know, I always think as women, especially we’re trained…to take it all on and you can deal with it and you’re fine. But it’s your babies that you worry about,” she detailed on her talk show at the time.

This past March, the award-winning singer was in much higher spirits, sharing on ‘The Kelly Clarkson Show’, “I’m actually in that place where I think a lot of people, I’ve heard, that go through a divorce, it’s almost like you start dating yourself again. You actually make time for yourself again, and I love dating me. I’m actually not looking for it.”