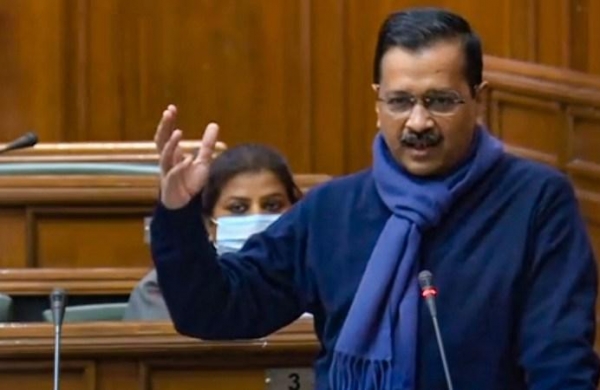 By PTI
NEW DELHI: Delhi Chief Minister and AAP convenor Arvind Kejriwal congratulated the people of Gujarat on Tuesday for ushering in a new era of politics after his party registered impressive gains in the civic body polls in the state.

Kejriwal will hold a road show in Gujarat on February 26 to thank the people of the state, the party said.

“Heartfelt congratulations to the people of Gujarat for ushering in a new era of politics,” the Aam Aadmi Party (AAP) chief said in a tweet in Hindi.

“The people of Gujarat wanted an alternative and the AAP has emerged as a key alternative to the present parties. Now the upcoming Assembly election will be fought between the Aam Aadmi Party and the BJP,” the chief minister said.

His deputy Manish Sisodia also took to Twitter, saying, “The kind of love and support the people of Gujarat have shown, heartfelt thanks to each voter. All of us will work together towards ‘kam ki rajneeti’ (politics of work).”

“We will raise public issues on the streets as well as in the Assembly. The people of Surat have done a great job. The people of Gujarat are upset with the BJP, they do not trust the Congress and the Aam Aadmi Party has emerged as their only hope,” he said in a statement.

The AAP, which had fielded 470 candidates across six municipal corporations in Gujarat, won 27 seats in Surat.

Its workers celebrated the poll results by cutting cakes.