Kejriwal seeks a chance to construct schools, hospitals in UP 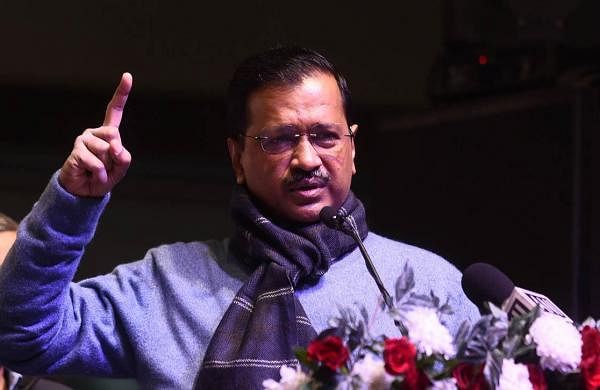 LUCKNOW: Launching his party poll campaign in the state capital on Sunday, Delhi Chief Minister and AAP’s national convenor Arvind Kejriwal on Sunday assured the people of Uttar Pradesh that if given a chance his party government would invest in constructing schools and hospitals unlike other regimes who spend the money on ‘Shamshan and Kabristan.’

Addressing a public rally, Kejriwal referred to PM Narendra Modi as BJP’s biggest leader who had woven his 2017 poll narrative around Shamshan and Kabristan. “BJP’s biggest leader had said in 2017 that if Kabristan was built, Shamshan should also get constructed. Previous governments got the shamshan and kabristan constructed. Give us the opportunity to make what we know the best — to construct schools and hospitals,” said the AAP chief.

UP CM Yogi Adityanath has been asserting in his rallies across the state that unlike previous governments who spent money on forming the boundary wall of kabristans during their tenure, his government had fortified the seats of faith by spending on Kashi Vishwanath Corridor and makeover of Ayodhya.

Drawing credit for his COVID management, Kejriwal claimed that he received accolades at international level where as Yogi government failed miserably to help people during the pandemic last year. “People kept on dying on raids due to lack of oxygen and the state government could give them neither the treatment nor the oxygen. UP had the worst COVID management in the world,” he claimed.

Referring to the free electricity promise by other parties like Samajwadi Party also, Kejriwal claimed that it was only AAP which had the formula to make the electricity free without financial burden on government. “Only we can do it,” he said.

It may be recalled that SP chief Akhilesh Yadav, on Saturday,  had promised the people of UP 300 units of free electricity and making the power altogether free for the farmers for irrigation if his party was voted back to power.

The AAP chief also took a swipe on Yogi Adityanath for splurging on advertising of his government. “In Delhi, there are 850 posters of Yogi Adityanath, while  we have got only 105 posters,” he said.

For this rally, Aam Aadmi Party (AAP) leaders have traveled all over Uttar Pradesh and taken a letter of support from the people on promises like 300 units of free electricity, 10 lakh jobs, and unemployment allowance, according to the party. Earlier on Thursday, Delhi Deputy CM Manish Sisodia had announced that the AAP will provide 300 units of free electricity to every household if voted to power in Uttar Pradesh.

The party has also announced creating 10 lakh jobs every year and providing an allowance of Rs 5,000 per month to the unemployed in the state.