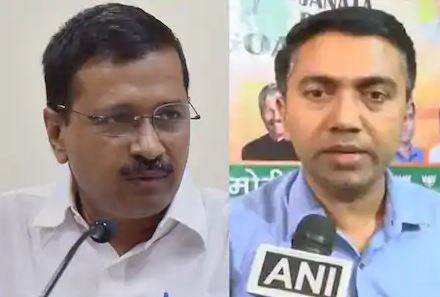 The social media war has erupted between Delhi Chief Minister Arvind Kejriwal and Goa CM Pramod Sawant over the issue of pollution. In fact, due to the stubble burning in Punjab, air pollution is being seen in many parts of North India including Delhi-NCR. On this, Arvind Kejriwal had targeted the BJP government in support of the protest on the issue of environment in Goa, after which Pramod Sawant has retaliated by attacking Kejriwal.

In retaliation, Pramod Sawant tweeted and wrote, “We are making sure that there is no pollution in Goa.” Our government will ensure that the state remains pollution free. I am sure that the people of Delhi also want the same for their beautiful state.

After this CM Kejriwal tweeted another. He wrote, you do not need to listen to my advice, but please listen to the voice of Goans. Can’t the Goans have something to say in their state? Is the problem of the center more important than the voice of the residents of Goa.